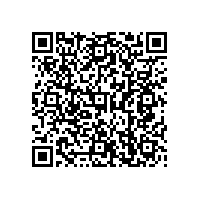 Commenting on the signing of the agreement was Zhang Zhiqiang, head of Greater China Region, Nokia Siemens Networks, "We have always played a key role in the development of China's telecom sector. With the country gearing up for the launch of 3G services, we are once again in a competitive position to leverage our experience across both WCDMA and TD-SCDMA technologies and roll-out services to support the plans of Chinese operators."

Nokia Siemens Networks' experience in building GSM/WCDMA and TD-SCDMA networks makes it ideally positioned to support China's pursuit of a number of options to boost 3G deployments in the region. The company has played a founding role in setting up the Intellectual Property Rights (IPR) of China's home grown technology, TD-SCDMA, while pioneering work on the next generation technology version, TD-LTE. It also has close to 150 WCDMA network customers worldwide.

To ensure the successful commercial launch of 3G and its further network evolution to LTE, Nokia Siemens Networks has invested in six R&D sites in China. Of them, the Hangzhou High-tech Software Park has become an innovation base for advanced mobile communications technologies such as GSM/EDGE, WCDMA/HSPA, LTE and I- HSPA, WiMAX. China is one of the most significant regions for the company's global R&D, manufacturing and customer services portfolio. The company is suitably poised to support customers to launch cost-effective, high-quality 3G service and expand its market presence in China.

The China-Europe Purchasing Delegation is a Chinese Ministry of Commerce initiative, aimed at strengthening Sino-European Union trade ties in the current economic downturn. The delegation consists of approximately 200 representatives from a number of enterprises in China.