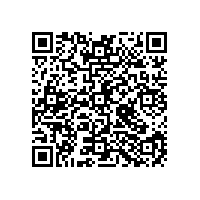 Subscribe to news
(PresseBox) ( Espoo, Finland, 08-11-03 )
Modern core networks, centered around softswitching, are dramatically lowering the costs of operating mobile networks, saving energy, and laying the groundwork for future IP multimedia. With over 200 customers to date, Nokia Siemens Networks clearly leads the pack in this market.

Nokia Siemens Networks has consolidated its leading position in the growing market for mobile softswitching, with a number of recent deals -- most notably with two large operators in North America -- that put it past the 200-customer milestone, an average of nearly one new customer a week since the solution was introduced in January 2004.

After striking the deal to deploy its next generation wireless network for the North American operators, Nokia Siemens Networks has won even more customers for its mobile softswitching solution, with the total now standing at 207 mobile operators -- over 140 of which are already using the solution to carry live traffic.

Such widespread deployment of the Nokia Siemens Networks solution points to the clear benefits it brings for operators moving from traditional circuit-switching to core networks based on the Internet Protocol (IP). It gives operators unprecedented freedom to pursue whichever business strategy they see as most likely to deliver long-term competitive advantage in saturated telecom markets.

"We are extremely pleased that our recent landmark agreements in North America also mark our 200th mobile softswitching deployment," says Jürgen Walter, head of Converged Core, Nokia Siemens Networks. "This innovative solution has long been a point of pride for us, underscoring our 'first mover' mindset in designing a technology that is absolutely key to the continued success of mobile operators. Gaining 200 customers, and beyond, is a strong endorsement of the benefits of our solution, and makes us even prouder."

These savings are made possible by the "split" architecture of softswitching, which separate the essential functions of the core network into two hardware elements: the MSC Server (MSS), for call control, and the Media Gateway (MGW), for voice processing and switching. To date, Nokia Siemens Networks has deployed over 1300 individual MSC Severs and over 2700 Media Gateways for its 207 customers to serve over 800 million GSM/WCDMA subscribers. Shipments during first 9 months this year have already exceeded the shipments for the entirety of 2007.

By separating the MGW from the centralized call control, operators can locate MGWs near traffic hot spots to handle local traffic locally, thus by passing the need to route all traffic through a central site. This translates into reduced costs for transmission and site maintenance.

The use of IP also provides an evolution path to IP multimedia thanks to interworking with IP Multimedia Subsystem (IMS). This evolution is helped by the industry's only VoIP server functionality integrated directly in a mobile softswitching system. The Nokia Siemens Networks NVS VoIP server can be implemented with an easy upgrade to the mobile softswitching equipment. This allows operators to used the same network hardware to support 2G, 3G and VoIP and to take the first steps toward Long Term Evolution (LTE), the successor to 3G.

The Nokia Siemens Networks mobile softswitching solutions is based on open standards specified initially in 3GPP Release 4 (Rel-4) and subsequent releases 5, 6 and 7. It is also fully compatible with GSM and R'99 WCDMA specifications and interfaces.

Nokia Siemens Networks is a leading global enabler of communications services. The company provides a complete, well-balanced product portfolio of mobile and fixed network infrastructure solutions and addresses the growing demand for services with 20,000 service professionals worldwide. Nokia Siemens Networks is one of the largest telecommunications infrastructure companies with operations in 150 countries. The company is headquartered in Espoo, Finland.