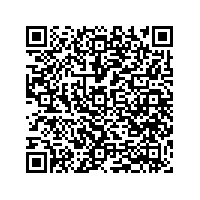 Subscribe to news
(PresseBox) ( Espoo, Finland, 09-09-08 )
Ashish Chowdhary has been appointed to lead the services business at Nokia Siemens Networks, effective October 1, 2009, when the current head, Rajeev Suri, becomes chief executive officer. Chowdhary, currently responsible for managed services, will join the company's executive board and be based in Noida, near New Delhi, India.

"As head of one of the fastest growing segments within Services and a proven leader, Ashish is the natural successor to Rajeev," said Simon Beresford-Wylie, Nokia Siemens Networks' chief executive officer. "He will make an excellent addition to our Executive Board."

"Ashish has a deep understanding of our customers from his leadership of managed services," said Rajeev Suri. "Having worked closely with Ashish for many years I know him as someone with a passion for winning, for growing businesses, and for exploring new business models in this fast transforming industry."

Chowdhary has 20 years experience in the telecommunications and IT industries. He joined Nokia in December 2003 as head of the company's networks business in India and continued in this role for Nokia Siemens Networks. Under his leadership, Nokia Siemens Networks became the number one telecoms equipment vendor in India. He became head of Managed Services in October 2007.

Prior to joining Nokia, Chowdhary was vice president for enterprise business with Hughes Communications Ltd, India, having spent time as a software and project engineer for Hughes Network Systems in the United States.

Chowdhary holds an undergraduate degree in mathematics from Delhi University, a masters degree in computer science from Emory University and an MBA from the Wharton School at the University of Pennsylvania. Chowdhary, 44, is an Indian citizen and married with two children.