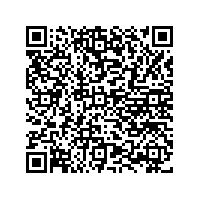 (PresseBox) ( Espoo, Finland, 08-10-27 )
Fujitsu and Nokia Siemens Networks have agreed to cooperate on jointly developing the Service Architecture Evolution (SAE) Gateway, including the Serving Gateway and the PDN Gateway, for the Super 3G project's Long Term Evolution (LTE) core. The selection of SAE Gateway vendors means NTT DOCOMO is well on track to be among the world's first operators to introduce the groundbreaking LTE technology that promises a wireless online experience comparable to today's fixed broadband.

Nokia Siemens Networks is a global leader in telecommunications with 600 operators-customers worldwide and with core network solutions that support over 1 billion subscribers, and was the first to introduce "flat architecture" through Internet HSPA and Direct Tunnel, key evolutionary steps towards LTE.

"We are very pleased to be working with Fujitsu and NTT DoCoMo to advance the progress of LTE," said Juergen Walter, Head of Converged Core, Nokia Siemens Networks. "It is a testament to the quality of our LTE solution and our commitment to the Japanese market."

Nokia Siemens Networks was the first to demonstrate LTE technology in 2006 with data speeds in the 160Mb/s range, including handovers between LTE and HSPA. For more information on this industry-leading solution, please go to:
www.nokiasiemensnetworks.com/global/IndustryThemes/network_efficiency/ip-centric/LTE+connected.htm?languagecode=en

In LTE, core network functions are performed by the Evolved Packet Core (EPC), which implements voice service in the packet switched domain, fulfilling the goal of networks based on all-IP with access not only from 3G or LTE, but ultimately also WiFi, WiMAX, or even wired access technologies. EPC includes the SAE Gateway and Mobility Management Entity elements, which correspond to the GGSN and SGSN in current 2G/3G packet core networks.

Nokia Siemens Networks is a leading global enabler of communications services. The company provides a complete, well-balanced product portfolio of mobile and fixed network infrastructure solutions and addresses the growing demand for services with 20,000 service professionals worldwide. Nokia Siemens Networks is one of the largest telecommunications infrastructure companies with operations in 150 countries. The company is headquartered in Espoo, Finland.
www.nokiasiemensnetworks.com