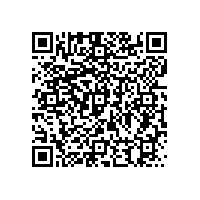 (PresseBox) ( Espoo, 06-05-04 )
A software engineer from India has today been named the global winner of the Nokia Nseries See New competition, one of the most ambitious mobile photography competitions ever undertaken, judged by five of the world's best photographers.

Pinjalim Bora joined thousands of people from around the world taking up the challenge to 'shoot new' - capturing something from a different angle or something never previously photographed - using a megapixel camera phone. Pinjalim's image, 'The Nose Ball' caught the eye of judge Raghu Rai, one of India's most respected documentary photographers and was then voted the overall winner by a panel of Nokia imaging experts.

Pinjalim wins a money-can't-buy prize: the chance to spend a day with Raghu Rai assisting him on a photoshoot as well as two flights with Virgin Airlines and a Nokia N90.

Raghu Rai said of his chosen winner: "I felt this image was very well-focused and had a well exposed frame. The photographer has also shown real mastery of the camera phone medium by capturing a sharp, clean and spontaneous image."

Pinjalim Bora, said: "I am really overwhelmed to have received this recognition from such a high-profile photographer. The image was completely spontaneous and I took it with my Nokia 3230 on one fine Sunday morning when I stepped outside to pick up the newspaper. I'm very much looking forward to spending the day assisting Raghu Rai on one of his photoshoots."

Fellow judges included internationally renowned photographer, Juergen Teller who selected 'The Stairs to Perdition' by Razvan Velev from Romania; leading American photographer, Philip-Lorca DiCorcia who chose 'The Swing' by Subhash Sharma of the USA; award winning London-based photographer, Nick Waplington who selected 'Geko' by fellow Brit Anders Fraser and Jiancheng Dong, a prominent landscape and documentary photographer from China whose chosen image was 'Seaside' by Mark Higginson from Australia. All of the runners up win the chance to spend a day with the photographer who selected their image, assisting them on a photoshoot, as well as a Nokia N90.

The competition launched in October, and to inspire people to enter, the stellar line-up of professional photographers themselves 'shot new' using the Nokia N90 advanced imaging device. Their images and the winner's images can be viewed at www.seenew.com.

"It's fantastic to see that so many people have taken up the challenge to 'shoot new' using their camera phone" said Tapio Hedman, senior vice president, Multimedia Marketing, Nokia. "We've had some stunning entries that have really reflected the endless possibilities of camera phone photography and the opportunities it offers in capturing truly spontaneous moments. It's great to be uncovering talent of this sort. "

About Nokia Nseries
Nokia Nseries is a range of high performance multimedia computers that delivers unparalleled mobile multimedia experiences by combining the latest technologies with stylish design and ease of use. With Nokia Nseries products, consumers can use a single device to enjoy entertainment, access information and to capture and share pictures and videos, whenever and wherever they want.