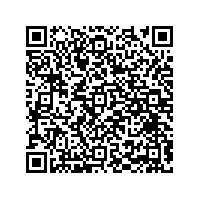 "The Conspiracy For Good has been two years in the making with Nokia," said Tim Kring, 2010 International Digital Emmy® Pioneer Award winner for transmedia storytelling. "We had a team of more than 130 experts working behind the scenes in five countries across three continents making sure that this was the best entertainment experience possible and to ensure the charity causes were the true heroes of this immersive story."

Partnerships with charities for CFG were uniquely interwoven into the narrative, taking actual roles within the story and creating a new way to reach potential supporters of their respective causes. The new approach created unprecedented interaction with the CFG communities and will result in 50 scholarships being provided for young women in Africa as well as the establishment of five children's libraries in Zambia in association with Room to Read. These libraries will be stocked with more than 10,000 donated books in association with the Pearson Foundation. These highlights join many other worthy causes that were supported by the CFG movement.

The first of its kind, this project used the extensive reach of Nokia's Ovi platform with online and physical participants joining CFG from more than 165 countries and enjoying a variety of Ovi content, apps and services.

"This is the most comprehensive Ovi offering to date integrating almost every service to help advance the story," said Tero Ojanpera, executive vice president, Nokia. "A specially developed app using Nokia's Point & Find, called Conspiracy For Good: DeadDrop, created a new dimension for augmented reality and opens the door for content owners anywhere to use participatory entertainment powered by Ovi to extend their brands."

CFG is at the forefront of a new transmedia entertainment movement in which the storyline played itself out across multiple platforms. Participants became part of the story and found tools and clues to move the narrative forward both in the online and real worlds by using music, apps, mobile games, alternate reality gaming (ARG), live events, and interactive theatre that was produced in association with International Digital Emmy® award-winning production company, The company P.

The Conspiracy For Good pilot titled "Read the Signs" focused on literacy as the social cause. The fictional narrative followed the actions of a schoolteacher, Nadirah X, CFG spokesperson Ann Marie Calhoun, and the underground resistance movement, Spira. The movement, which dates to the 2nd century, recruited members of the public to help Nadirah X and Ann Marie in their task to bring down evil corporation Blackwell Briggs before it could install an oil pipeline and destroy a Zambian school and library. Online and real-world game play also raised awareness and generated donations for partner charities including Kids Company, Doctors of the World, READ International, Room to Read and the Pearson Foundation who partnered with Nokia to provide resources to schoolgirls in Chataika village in Zambia.

CFG participants, fans, charities and doers of good deeds around the globe are invited to stay tuned for clues about the next episode.

Tim Kring is one of the Hollywood creative community's original transmedia storytellers, who works seamlessly across mediums, including viewing screens and delivery devices such as film, TV, broadband, computers, mobile devices and the printed page to engage audiences around the world in narrative and immersive story arcs. For four television seasons, Kring served as the creator and executive producer of "Heroes," NBC's Emmy®-nominated epic saga that chronicles the lives of ordinary people who discover they possess extraordinary abilities. An estimated 76 million fans viewed "Heroes" every week around the world on TV and via interactive online programming.

Ovi, a family of Internet services on Nokia mobile devices, keeps users connected to the people and things that matter. Ovi services include: Ovi Maps with walk and drive navigation and premium travel content; Ovi Music with millions of music tracks; Ovi Mail for email and messaging; Ovi Share for sharing content; and the Ovi Store, filled with thousands of apps, games and media from the content industry's biggest names along with independent developers. Content publishers are invited to distribute and monetize their content through Ovi by visiting www.publish.ovi.com. More information is available at www.ovi.com.

At Nokia, we are committed to connecting people. We combine advanced technology with personalized services that enable people to stay close to what matters to them. Every day, more than 1.2 billion people connect to one another with a Nokia device - from mobile phones to advanced smartphones and high-performance mobile computers. Today, Nokia is integrating its devices with innovative services through Ovi (www.ovi.com), including music, maps, apps, email and more. Nokia's NAVTEQ is a leader in comprehensive digital mapping and navigation services, while Nokia Siemens Networks provides equipment, services and solutions for communications networks globally.