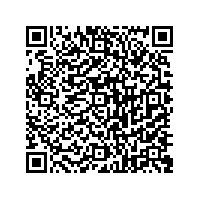 Smart is conducting HSDPA tests just a month after launching its 3G service. With the Nokia HSDPA solution, Smart will be able to offer its customers data services at speeds of up to four times faster than current 3G speeds. Nokia is supplying the HSDPA solution to Smart as part of the WCDMA 3G network contract announced in January 2006.
"Delivering best quality data services to our demanding customers has always been top on our agenda. We launched Smart 3G services only a month ago, and already we are working to enhance our network by conducting tests with HSDPA," says Rolando Pena, Head of Network Services Division, Smart.

"We are pleased to support the success of Smart's recent 3G launch by testing with them HSDPA, which will enhance their WCDMA network and bring faster services to their customers," says Markku Nieminen, Account Director, Networks, Nokia. "The HSDPA call demonstrates Nokia's deep commitment in supporting operators in an increasingly competitive environment where mobile data consumption is growing and investments in advanced services are needed. We are happy to be part of Smart's firsts in the Philippines."

Nokia's high-performing HSDPA is a simple software upgrade to Nokia WCDMA networks, thus enabling cost-effective and fast rollout. In the first phase, Nokia HSDPA offers up to four times faster data services than with current 3G, and consequently enhanced quality service experience. Nokia is a leader in the HSDPA market, with over 20 contracts globally, 8 of which have been publicly announced. In WCDMA 3G networks, Nokia has 56 public references.

Nokia has been the sole network supplier to Smart since 1998.