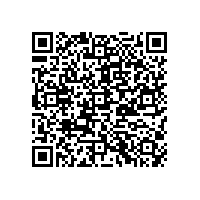 The AGM resolved not to distribute dividend for the fiscal year 2012.

Board and Committee members elected

The AGM resolved to elect ten members to the Board of Directors. The following members of the Nokia Board were re-elected for a term ending at the close of the Annual General Meeting in 2014: Bruce Brown, Stephen Elop, Henning Kagermann, Jouko Karvinen, Helge Lund, Mårten Mickos, Elizabeth Nelson, Risto Siilasmaa and Kari Stadigh. Elizabeth Doherty was elected as new member of the Board for the same term. The resumés of the elected Board members are available at http://www.nokia.com/global/about-nokia/governance/board/meet/the-board/.

The AGM resolved the following annual fees to be paid to the members of the Board of Directors for the term ending at the Annual General Meeting in 2014: EUR 440 000 for the Chairman, EUR 150 000 for the Vice Chairman and EUR 130 000 for each member. Stephen Elop, President and CEO of Nokia, will not receive any remuneration from his membership in the Board of Directors. In addition, the AGM resolved that the Chairmen of the Audit Committee and the Personnel Committee will each be paid an additional annual fee of EUR 25 000, and other members of the Audit Committee an additional annual fee of EUR 10 000 each. The AGM also resolved, in line with the past practice, that approximately 40% of the remuneration will be paid in Nokia shares purchased from the market, which shares shall be retained until the end of the Board membership in line with the Nokia policy (except for those shares needed to offset any costs relating to the acquisition of the shares, including taxes).

Other resolutions of the Annual General Meeting

The AGM re-elected PricewaterhouseCoopers Oy as the external auditor for Nokia for the fiscal year of 2013.

The AGM authorized the Board of Directors to resolve to repurchase a maximum of 370 million Nokia shares. The shares may be repurchased in order to develop the capital structure of the Company, finance or carry out acquisitions or other arrangements, settle the Company's equity-based incentive plans, be transferred for other purposes, or be cancelled. The authorization is effective until June 30, 2014. The Board has no current plans for repurchases during 2013.