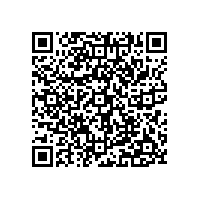 (PresseBox) ( Espoo, 10-04-26 )
Nokia today announced the launch of the Ovi Store football channel featuring exclusive Pepsi content as well as entertainment, apps and information from the world's most recognized football content providers. The channel leverages Ovi Store's global reach to offer Nokia football fans around the globe the easiest place to shop for the most popular and most refreshing mobile football content.

As part of Ovi's football offering, Pepsi's charity football anthem 'Oh Africa' will be featured for sale on Ovi Music Store. The charity single performed by six-time Grammy nominee, Akon, featuring Keri Hilson, the Soweto Gospel choir and sixteen youth from around the world is the soundtrack to Pepsi's 2010 football campaign. In addition, Pepsi's football athlete themes and wallpapers will be available for free on the Pepsi home page at www.ovi.com

"Pepsi's unique content combined with Nokia's unparalleled global reach offers football fans around the world the chance to get involved with this year's great Football summer no matter where they are," said Marco Argenti, VP and Global Head of Media, Nokia. "The Ovi Store football promotion offers passionate football fans instant access to news, apps, games and a growing selection of personalization content from some of the world's top teams."

Claudia Lagunas, Digital and New Media Director at PepsiCo International commented: "Working with Nokia allows us to connect and communicate with the worldwide mobile community. Nokia's Ovi Store offers an exciting new channel through which to share our football content with millions of football fans around the globe."

Also launching today is the Nokia Skill Dribbler competition giving mobile gamers the opportunity to win a Football trip of a lifetime for two to see 'El Clasico' in Barcelona. To win, skill dribblers have to show off their silky football game skills, avoiding tackles and keeping control of the ball for as long as they can to accumulate points. The highest weekly scorers will receive a shirt signed by a one of the worlds' top footballers and Nokia N97 mini. The top scorer of the competition will be on their way to Barcelona. To enter and play Skill Dribbler visit www.ovi.com.

In addition to PepsiCo's content Nokia's Ovi Store football channel will also host a long list of further content dedicated to 2010's summer of football. From competitions and tournament updates to personalizing your device, football is a lot more fun when you are part of the action. Some of the key content and features to get you involved include:

If you are supporting Brazil, England, or just great football, Great Goals will whet your appetite for what's to come with a series of free audio and video downloads dedicated to great goals scored by great players.

No matter where you are in the world, you can't catch every game of the tournament but you can still get live updates. 2010's summer of football news and update applications are available from the largest football websites in the world. Livemobile Football, ESPN Soccernet, and Goal.com are all available as free applications to keep you up to date with breaking news from around the world, previews and recaps of games for all major leagues in the world and more.

Experience the latest in mobile football gaming and battle to win the cup for your country. Games available include Gameloft's Real Football 2010 and Real Football Manager 2010, and beat the rest in the next generation of sports radar built for speed shooting, Speedhero Multisport, and the latest football games from EA SPORTS.

A picture is worth a thousand words, but reminding everyone your country beat their country with a postcard is priceless. This app takes digital pictures and makes them into physical postcards in a matter of clicks.

Whether heading to South Africa or just down the street to your local bar, stay in touch with your friends and family to let them know where you are watching the game. Share your football experience with fans back home, comment on games, post media, and find out where the nearby parties are. Social networks like Nimbuzz and Buddycloud make sharing easy from your Nokia device.

Don't miss the Game because you got lost, Use new Ovi Maps with free walk and drive navigation available on Nokia smartphones to find your way to stadium, bar, park, or wherever you choose to watch the game. After the game, find the best sights, restaurants, hotels and events wherever you are through the Lonely Planet and Michelin travel guides that come free with the new Ovi Maps. To download Ovi Maps, visit www.store.ovi.com.

Ovi is a family of internet services for use on Nokia mobile devices that keeps people connected to the people and things that matter. Ovi services include Ovi Maps with walk and drive navigation and premium travel content; Ovi Music with millions of music tracks; Ovi Mail for email and messaging; Ovi Share for sharing content; and the Ovi Store, filled with thousands of apps, games and media from the content industry's biggest names along with independent developers. Content publishers are invited to distribute and monetize their content through Ovi by visiting www.publish.ovi.com. More information is available at www.ovi.com.

PepsiCo offers the world's largest portfolio of billiondollar food and beverage brands, including 18 different product lines that each generate more than $1 billion in annual retail sales. Our main businesses - Frito-Lay, Quaker, Pepsi-Cola, Tropicana and Gatorade - also make hundreds of other nourishing, tasty foods and drinks that bring joy to our consumers in over 215 countries. With more than $43 billion in 2009 revenues, PepsiCo employs 203,000 people who are united by our unique commitment to sustainable growth, called Performance with Purpose. By dedicating ourselves to offering a broad array of choices for healthy, convenient and fun nourishment, reducing our environmental impact, and fostering a diverse and inclusive workplace culture, PepsiCo balances strong financial returns with giving back to our communities worldwide. For more information, please visit www.pepsico.com.

At Nokia, we are committed to connecting people. We combine advanced technology with personalized services that enable people to stay close to what matters to them. Every day, more than 1.2 billion people connect to one another with a Nokia device - from mobile phones to advanced smartphones and high-performance mobile computers. Today, Nokia is integrating its devices with innovative services through Ovi (www.ovi.com), including music, maps, apps, email and more. Nokia's NAVTEQ is a leader in comprehensive digital mapping and navigation services, while Nokia Siemens Networks provides equipment, services and solutions for communications networks globally.