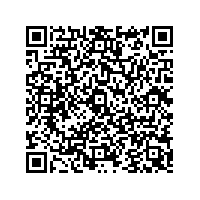 (PresseBox) ( Las Vegas, US, 12-01-10 )
CES - Yesterday during a joint press conference with AT&T, Nokia broadened its portfolio of Nokia Lumia devices with the introduction of the Nokia

Today, Nokia continues the smartphone excitement at CES by announcing that the Nokia Lumia 710, introduced in December with T-Mobile, is available tomorrow for order on www.t-mobile.com, in the T-Mobile retail and authorized retail store locations and in Target, Walmart and Costco locations nationwide tomorrow - plus first and exclusively only on Nokia, apps from CNN, Univision, ESPN and Sesame Workshop.

Building on the 50,000 apps already available in Windows Phone Marketplace, the new and exclusive app experiences for Nokia Lumia smartphones includes apps from CNN, Univision, ESPN and Sesame Workshop. These partnerships bring new, apps from the world's biggest brands exclusively to Nokia consumers before they are made more widely available to all Windows Phone consumers through Marketplace.

With the Nokia Lumia footprint increasing globally, Nokia is proud to deliver unique and exclusive app experiences via agreements with both applications developed by Nokia and some the world's biggest names in consumer content. Exclusive content, iconic device design and other Nokia-only content such as Nokia Drive provides Nokia Lumia users with an enhanced smartphone experience. Nokia-only exclusivity periods vary by content provider.

"With exclusive apps from some of the world's leading global, and most locally relevant brands, we are focused on making Nokia Lumia an outstanding smartphone experience for consumers," said Marco Argenti, senior vice president, Developer Experience and Marketplace, Nokia. "We are collaborating with our partners to build and deliver first and exclusively on Nokia app experiences across key categories including news, sports, games, multi-cultural and kids and family, all of which are unique, fresh and fun," he added.

Within the key categories, new app experiences include:

The CNN App for Windows Phones will provide the latest news and video from CNN's reporting around the globe. Offering a robust user experience, the CNN App takes full advantage of Windows Phone 7 features to offer a vivid, panoramic interface, the ability to pin sections of the app to a home screen, Live Tile for real-time news updates, and direct access to iReport, CNN's participatory news community. For the first time on an app, users will have the ability to submit an iReport while simultaneously capturing the event. Launching globally for free in the next month, the CNN App will be exclusive to Nokia users for 90 days and then available on all Windows Phone devices as they come to market.

"The CNN App will offer Windows Phone users a customizable CNN experience shaped for their environment," said Louis Gump, vice president of CNN Mobile. "The Windows platform and Nokia phones will enable millions of people to plug in using the CNN app and interact with the world - where, when and how they want."

Univision offers a wide range of unparalleled content that resonates with Hispanics, the fastest growing segment in the US. The Univision app provides coverage from news and entertainment to sports and soccer, as well as cooking and local content for several U.S. markets including New York, Miami and San Francisco. Users have access to real-time information, clips of Univision shows and special events, and news and weather based on their location. The app will be exclusive to Nokia consumers in the U.S. and Puerto Rico for 18 months on Windows Phone devices.

"We are excited to work with Nokia to extend Univision's reach even further with this enhanced app," remarked Kevin Conroy, president of Univision Interactive Media and Enterprise Development. "The Hispanic mobile marketplace is growing rapidly and Univision is committed to continue providing unparalleled content to our community on their favorite devices."

From the worldwide leader in sports, the ESPN Sports Hub app brings Nokia Lumia users a truly unique smartphone sports experience. With great localized content wherever you are in the world, the user experience enables sports fans to fully customize the app and enjoy news, scores, video and analysis via a single screen which can be navigated with the swipe of a finger. Whether it's Football or Futball, NFL or Netball, this exclusive delivers the very best sports app experience.

Utilizing Nokia's interactive rich reading eBook experience, Sesame Workshop designed their apps based on extensive research, adapting these Sesame Street book titles to help an adult teach her child to become the storyteller while the adult becomes the listener, the questioner, and the audience for the child. Building on a three-year collaboration between Nokia, Sesame Workshop, and the Joan Ganz Cooney Center, the exclusive apps include both a free book, 100th Day of School, and three additional titles: Big Block Party, Color Carnival and Abby in Wonderland. Each title incorporates familiar Sesame Street characters including Elmo and Grover. These titles are exclusive to Nokia consumers globally for a minimum of six months.