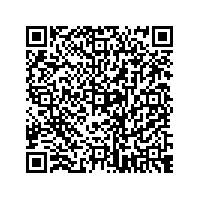 Subscribe to news
(PresseBox) ( Espoo, 08-11-14 )
Nokia today commented on market conditions impacting its business as well as updated its fourth quarter 2008 outlook and gave a preliminary outlook for the full year 2009. In the last few weeks, the global economic slowdown, combined with unprecedented currency volatility, has resulted in a sharp pull back in global consumer spending. The weaker consumer spending has impacted many industries, including the global mobile device market. The mobile device market has also been negatively impacted by the more limited availability of credit, which has limited the purchasing ability of some of our trade customers.

Updated Outlook for the Fourth Quarter 2008:

- Nokia's preliminary estimate is that the industry mobile device volumes will be down in 2009 compared to 2008, impacted by the continuing overall economic slowdown.
- Nokia and Nokia Siemens Networks preliminary estimate is that the mobile infrastructure and fixed infrastructure and related services market will be down in euro terms in 2009 compared to 2008.

In addition to the measures recently announced at Nokia and Nokia Siemens Networks, Nokia is taking decisive action to significantly reduce its cost base:
- Nokia has already instituted various cost saving actions.
- Nokia will curtail use of external contractors, consultants and professional services.
- Nokia will further cut operating expenses in 2009 to respond appropriately to the market conditions.

"Nokia believes that its advantages of scale, leading brand, superior logistics, low cost and broad product portfolio are competitive advantages that will enable us to distinguish ourselves from the competition in a challenging 2009," said Olli-Pekka Kallasvuo, Nokia CEO.

Nokia will provide more details on its 2009 estimates and cost saving actions at its Capital Markets Day on December 4, 2008 in New York. Nokia plans to report its Q4 and full year 2008 results on January 22, 2009.