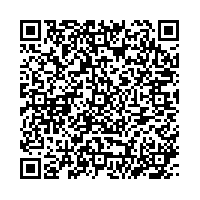 (PresseBox) ( Stuttgart/Germany, 09-09-03 )
Nokia today made it easier for web publishers and developers to create applications with integrated services and native-like user interfaces, quickly and with less effort with new Ovi APIs and the Ovi SDK Beta. Announced at its annual Nokia World conference, the company said it will progressively roll out web and mobile APIs for its services, beginning with the Ovi Maps Player API and the Ovi Navigation Player API for cutting-edge location solutions on its smartphones. The company also hosted a keynote from Henri Moissinac, Director of Mobile, Facebook, highlighting the opportunities in mobile social networking and the close collaboration between the two companies.

"This is just the beginning. We will work in close cooperation with developers to evolve the offering, starting with social location solutions," said Niklas Savander, EVP, Services, Nokia. "Our goal is clear, and that is to make it effortless for our partners to create highly appealing, context-relevant applications that consumers will find indispensable."

"We've been very pleased with our relationship with Nokia," said Henri Moissinac, Director of Mobile, Facebook. "Since its release in June, the Facebook application for Nokia is available for download in more than 150 countries and is currently one of the most distributed applications in the Ovi Store. Needless to say, it's really exciting to be working so closely with the largest handset manufacturer in the world to bring our 250 million users worldwide an innovative Facebook experience on their mobile devices - and this is just the beginning."

The Ovi for Developers beta program Nokia is inviting developers to join the Ovi for Developers beta program on the Forum Nokia Developer Community site (www.forum.nokia.com/Ovi), and will make the Ovi SDK Beta and Ovi APIs available to them. Applications created with Ovi SDK and Ovi APIs will be distributed through the Ovi Store in 2010, bringing the applications available to the hands of millions of consumers around the world.


Ovi APIs - provide developers with a simple way to integrate service features such as maps or navigation to their web applications. Nokia today introduced the first two Ovi APIs:

- Ovi Maps Player API - bringing maps to mobile and web applications effortlessly. The API is powered by Ovi Maps and features over 180 country maps, location-based search and detailed place information. Other features include vector-based maps that give a range of views, including map, terrain and 3D modes for dynamic map mash-ups. Nokia first introduced the Ovi Maps Player API for the web earlier this year.

- Ovi Navigation Player API - allowing developers to bring Nokia's industry-leading walk and drive navigation features to their applications, including pedestrian navigation, turn-by-turn car navigation and route planning. This makes it possible for content creators to create applications that take the consumer to his destination of choice - be it to a friend's location, a landmark, a restaurant, or the bus stop.

Nokia announces the Apps on Maps category winner of the 2009 Calling All Innovators competition Nokia also announced the Apps on Maps category winner of the 2009 Calling All Innovators competition. Using the Ovi SDK Beta, Primordial, from St. Paul, Minnesota emerged tops in its category by creating Ground Guidance, an application based on technology originally built for the U.S. Army. The application, which wins USD 30,000 amongst other prizes, enables the Ovi Maps user to get from one point to another, even if there are no roads or road data. With the application, all a user would need are his start and end point - and Ground Guidance would present him with a walkable path while avoiding undesirable terrain such as steep hills or water. Calling All Innovators, launched in March 2009, is a global mobile developer competition designed to generate applications and solutions that enhance the use of Nokia mobile devices in real-world scenarios. Apps on Maps participants were required to submit new ideas that harness the power of location-aware services using Ovi Maps.

Nokia is a pioneer in mobile telecommunications and the world's leading maker of mobile devices. Today, we are connecting people in new and different ways - fusing advanced mobile technology with personalized services to enable people to stay close to what matters to them. We also provide comprehensive digital map information through NAVTEQ; and equipment, solutions and services for communications networks through Nokia Siemens Networks.