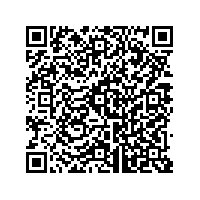 Nokia continues its change and renews some of its activities

Subscribe to news
(PresseBox) ( Espoo, Finland, 08-11-04 )
Nokia has today announced plans for changes in some parts of its organization. The planned organizational changes include the following:

- As a follow-up to Nokia's reorganization in the beginning of 2008, Nokia plans further changes in its sales and marketing activities in the Markets unit. The changes aim to strengthen the customer interface, ensure that resources are well allocated to meet the business needs and de-layer the organization. Nokia estimates that approximately 450 employees, maximum 100 in Finland, in the Markets unit will be affected by the planned changes.

- At the same time Nokia Research Center (NRC), which is specialized in long-term research activities within Nokia, plans to sharpen its focus on fewer but stronger research areas. The planned reorganization is estimated to have an impact on approximately 130 NRC employees globally, of which a maximum of 100 are in Finland.

- In addition, Nokia plans to close its Turku site in Finland and relocate those activities predominantly to Salo (Finland). Nokia currently has 220 employees working in the Turku office and the aim is that the employees would continue in Nokia's site at Salo or in the capital area in Finland.

- Nokia also plans some smaller workforce adjustments in global process operations. These adjustments are estimated to affect approximately 35 employees, of which almost all are in Finland.

"Today's changes are part of Nokia's constant renewal where it is important to be close to our customers and ensure that our people are able to focus on the key business priorities. Also, our aim is to find alternative work within Nokia for as many employees as possible," said Juha Äkräs, Senior Vice President, Human Resources, Nokia.

Nokia has today started local employee consultations where required to discuss these plans. According to the plans, the changes in the Markets unit, Nokia Research Center and in other Nokia functions will come into effect on January 1, 2009. The closing of the Turku site is estimated to be completed by the end of January, 2009.