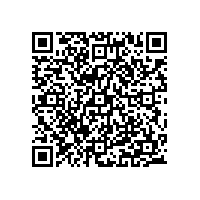 (PresseBox) ( Milan, Italy / Espoo, Finland, 08-11-19 )
Today Nokia has announced the launch in Italy of its new digital music site, Nokia Music Store, which already has a catalogue of more than 4 million songs amongst which can be found top selling records, including records from Universal Music Group, SONY BMG ENTERTAINMENT, Warner Music Group and EMI Group, independent record labels, and new national talent. With the launch of the store http://music.nokia.it, Italian consumers can enjoy music of all types on their mobile device or PC whenever they want and however they want, using a combination of downloads and streaming services.

Nokia Music Store focuses on the local market, strongly associated with the consumer, as more than *54% of the music that is sold in Italy is local. To achieve this, there is a team in each country to determine more closely the tastes of the relevant region. Its search engine enables the differentiation between genres such as Italian music, pop, hip hop and rock.

Nokia has reached agreements with important and relevant record labels, with global and local aggregators such as The Orchard, IODA, Kiver, Made In eTaly, Wondermark and with local record labels such as Sugar, Carosello, Universo, Edel, with the objective of offering a broad range of genres and artists.

"With the launch of the Nokia Music Store in Italy, Nokia aims to make available to all Italian users the music that they want at any moment they want, with all the facilities that mobility permits nowadays," said Andrea Montagnini, Nokia Music Manager, Nokia Italy.

How to buy the music
From the palm of their hand, music lovers will be able to access a whole new world of possibilities and recommendations, or look for favourite singers. Browsing, downloading, playing and synchronising with the compatible PC or directly from the compatible mobile device will now be possible with a simple click. The Nokia Music Store also offers on-demand music streaming service. For a monthly fee consumers can listen to as much music as they want on their PCs. It also has a pre-listening application of 30 seconds which allows the user to sample and identify each track. Furthermore, the consumer will be able to select any songs they are interested in directly from their mobile device, to make their purchase at that very moment or later on.

Tracks cost 1.00 EUR each (incl. VAT), whilst whole albums are generally 10 EUR (incl. VAT). The streaming service, based on monthly subscription and which enables the user to listen to any music desired without limit, costs 10 EUR. All songs and albums can be paid for by credit card.

"We are aiming to satisfy the needs of users with a simple service that is easily accessible, offering the most comprehensive catalogue of artists, thought of by and for Italian music enthusiasts," added Montagnini.

Anyone registering at the store will receive all the latest happenings in the sector with updates and weekly newsletters. To access Nokia Music Store visit http://www.music.nokia.it.

Nokia Music Store went live in the UK on 1st of November 2007 and is now live in 11 markets including, the United Kingdom, Germany, Finland, Ireland, Italy, the Netherlands, Australia, France, Singapore, Spain and Sweden.