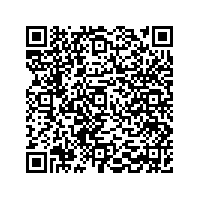 Based on the Windows Phone 7.5 Mango release, the Nokia Lumia smartphones are designed to appeal to people with active social lives and combine the powerful social and Internet experience of Windows Phone with the ability to take pictures in almost any conditions and share with friends in seconds, as well as access to thousands of the most popular apps, including exclusive Nokia experiences.

The Nokia Lumia 710 will be available this February for $49.99 on select 3-year plans as part of Rogers' Smartphone Lite lineup of affordable devices.

The bold Nokia Lumia 800 will be coming soon only to TELUS in black, as well as cyan and magenta options for customers looking to stand out from the crowd.

"I am extremely excited to introduce the Nokia Lumia family of smartphones to Canada. The Nokia Lumia 710 and the Nokia Lumia 800 combine our passion for design and powerful functionality with the intelligence and capability of Windows Phone," said Richard White, General Manager for Nokia Canada.