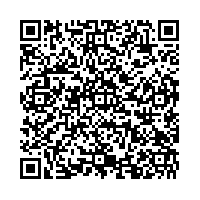 Nokia Annual General Meeting: Dividend of EUR 0.37 per share for 2005; Nokia to buy back own shares; Board and Committee members elected

Nokia to buy back own shares
The Board of Directors confirmed its previously announced plan and resolved to repurchase Nokia shares under the authorization given by the AGM and the Board's share repurchase plan by using a maximum of EUR 6.5 billion for the repurchases, however, so that a maximum of 405 million Nokia shares be repurchased.

The shares will be repurchased through public trading for purposes identified in the authorization. Shares may be repurchased by using certain derivative, share lending or other arrangements, in which case the repurchase price paid by the Company may differ from the market price of the day of execution of the arrangement. All shares, however, are to be purchased at a price based on the market price of the Nokia share in public trading.

The repurchases will commence no earlier than April 21, 2006.

Board and Committee members elected
The AGM confirmed the number of the Board members to be ten. The following members of the Nokia Board of Directors - Paul J. Collins, Georg Ehrnrooth, Daniel R. Hesse, Bengt Holmström, Per Karlsson, Edouard Michelin, Jorma Ollila, Marjorie Scardino and Vesa Vainio - were re-elected to the Board for the period ending at the close of the next Annual General Meeting. Keijo Suila was elected as a new member to the Board for the same period.

In its assembly meeting, the Board of Directors re-elected CEO Jorma Ollila to chair the Board.
Paul J. Collins was re-elected as Vice Chairman of the Board. As of June 1, 2006 Jorma Ollila will continue as a Non-Executive Chairman, following the termination of his employment with Nokia.

The AGM resolved the following annual fees to the members of the Board of Directors: EUR 375,000 to the Chairman, EUR 137,500 to the Vice Chairman and EUR 110,000 to each member of the Board of Directors. In addition, the AGM resolved that the chairmen of the Audit Committee and the Personnel Committee will each be paid an additional annual fee of EUR 25,000 and the other members of the Audit Committee an additional annual fee of EUR 10,000 each. The Annual General Meeting also resolved that approximately 40% of the remuneration will be paid in Nokia shares purchased from the market, in accordance with the practice since 1999.

PricewaterhouseCoopers Oy was re-elected as the external auditor for Nokia for the fiscal period 2006.

Recommend Nokia Annual General Meeting: Dividend of EUR 0.37 per share for 2005; Nokia to buy back own shares; Board and Committee members elected press release