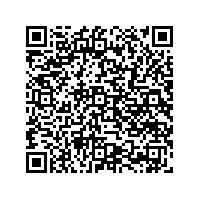 Get ready to smash, stomp and shatter your way with Mega Monsters!

Subscribe to news
(PresseBox) ( Melbourne, Australia/Espoo, Finland, 08-11-14 )
Mega Monsters, the latest N-Gage game from Nokia Games Publishing, introduces players to the biggest monster smash on mobile. The result of a mad scientist combining his supply of adorable animals, a borrowed gene splicer and a surplus government nuclear reactor, each Mega Monster provides an evil blend of cute and killer. With the intuitive one thumb control, players direct the Mega Monster of their choice to do what monsters do best - destroy!

"Mega Monsters is made for those of us who love monsters and who like nothing more than stomping through buildings and crunching a few tanks and helicopters along the way," said Dr Mark Ollila, Director, Games Publishing, Nokia. "The 3D graphics and fully destructible environment let you set your inner monster loose and smash through city after city. Exciting game personalization options help create a cruch-tastic game that will be hard to put down. Mega Monsters is going to be the biggest monster smash on mobile."

Mega Monsters features rich 3D graphics with a fully destructible environment where players can destroy anything in their path. While on the rampage, players must ensure their Mega Monster destroys selected targets and can pick up dozens of special items, including clothing and other items, to add character to their creature. Each Mega Monster develops its abilities, powers and appearance as it progresses through different missions, and can also gain new powers by hooking up with other Mega Monsters.

Players can stomp and smash through a series of existing city environment or they can create their own map and challenge others to beat it by uploading it to the N-Gage Arena. Players can customize their game by uploading a picture from their mobile device's gallery to use on an in-game billboard. When being monstrous becomes too much, players can also switch sides and join the defense force to build an indestructible monster-proof city, or challenge friends to real-time head to head combat action

Mega Monsters is being developed in collaboration with Firemint, a leading Australian independent games studio with a particular focus on designing and developing high-end 3D titles for portable media devices. Firemint is an International Mobile Gaming Award winner for Excellence in 3D.

About N-Gage
N-Gage is a made-for-mobile games service available in compatible Nokia Nseries and other S60 3rd Edition devices from Nokia. N-Gage makes it easy to find, try, buy, play and manage high-quality mobile games as well as connect to friends and other players in the N-Gage Arena, Nokia's mobile gaming community. Nokia is working with the world's leading publishers to deliver a broad portfolio of games. www.n-gage.com

Recommend Get ready to smash, stomp and shatter your way with Mega Monsters! press release