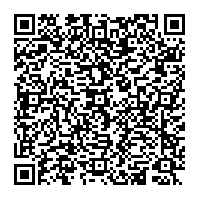 In addition to W-CDMA and LTE physical layer infrastructure on TI's TCI6616 System-on-Chip (SoC) base station, Nash Technologies will support TI's customers by providing software development and system test and integration services, based on their wide experience gained by using TI's C64x DSPs in various software projects and test-system products. This includes Nash Technologies' PHY control layer software and generic TMS320C6000TM middleware software, which allows seamless testing of TMS320C64x(TM) and C66x DSPs software on the target device as well as on Linux-based host-machines.

About the Texas Instruments Developer Network
Nash Technologies is a member of the TI Developer Network, a community of respected, well-established companies offering products and services based on TI analog and digital technology. The Network provides a broad range of end-equipment solutions, embedded software, engineering services and development tools that help customers accelerate innovation to make the world smarter, healthier, safer, greener and more fun. www.ti.com/dspdevnetwork