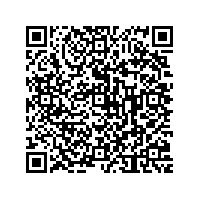 "This data clearly shows that IDS/IPS customers value high throughput", states Erik Norup, President, Napatech Inc. "Customers are willing to pay more to ensure that their IDS, and particularly their IPS, does not become a bottleneck or become overloaded. Overloading is a distinct possibility as the number of intrusion events increase and traffic rates continue to grow between 40% and 60% per year. To put that in perspective, if the observed traffic rate is 2 Gbps today, this can grow to 10 Gbps within 4 years".

Increasing throughput presents a clear opportunity for IDS/IPS vendors. In 2009, increasing the throughput of an IDS/IPS system from 1 Gbps to 5 Gbps or more could increase revenue per system by 189% or $85,000. In comparison, the revenue increase in 2006 would have been 144% indicating the growth in value of higher throughput.

"The Frost & Sullivan data suggest that throughput is the determining factor for how much customers are willing to pay for IDS/IPS systems", added Norup. "However, achieving 10 Gbps fullthroughput is still a challenge for most vendors. The IDS/IPS vendors we are working with are reaping the benefits of meeting user demands for higher throughput by providing true 10 Gbps throughput based on Napatech technology."

Napatech recently demonstrated how its technology can be used by IDS/IPS vendors to build a fullthroughput 10 Gbps IPS system based on offtheshelf PC server hardware.

"Using Napatech technology in offtheshelf PC servers provides a dual opportunity for IDS/IPS vendors to both address the need for highthroughput systems that customers clearly value, but also to reduce cost, risk and timetomarket for IDS/IPS system development" added Norup.

For more information visit us at: www.napatech.com