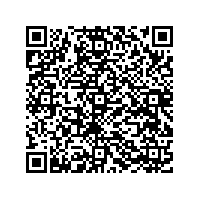 Nanogate Receives New Orders in the U.S. and Standardizes Its Branding

(PresseBox) ( Göttelborn, Germany, 17-06-07 )
Nanogate AG, a leading global specialist for design-oriented high-tech surfaces and components, is significantly expanding its market position in the U.S. The new majority equity holding, Nanogate Jay Systems, has received several new orders, including from another Japanese manufacturer as well as its first e-mobility project. The total order volume for the new projects is in the double-digit million range and extends over several years.

Expansion of the Customer Base in the N-Glaze Division

The new majority equity holding, Nanogate Jay Systems, will be equipping components with a high-quality decorative enhancement for another Japanese manufacturer. The U.S. company is already serving various Japanese and South Korean automotive manufacturers’ U.S. sites. The new project is also an important element for the Group-wide standardization and marketing of all applications in the N-Glaze division.

With its broad expertise in chrome replacement technologies on both sides of the Atlantic, Nanogate has decided to pool its entire expertise in the area of surfaces with metallic appearances under the N-Metals Design brand in a comprehensive technology portfolio. As a result, the Group will market a number of solutions, which in the past were developed at the U.S. and European locations, under this brand in the future. This also includes the metallization platform at the Neunkirchen plant, which was launched last year, the existing expertise at the Schwäbisch-Gmünd site, as well as other decorative chrome replacement solutions based on PVD (Physical Vapor Deposition) technologies at the Mansfield (U.S.) site and other processes currently integrated into development programs.

In the North American market, Nanogate has now been awarded major new orders for design-oriented metallization in the double-digit million range. The orders relating to LED lighting systems for SUVs for two major brands will already be put into implementation in the coming twelve months. Cost-effective manufacturing processes are being used for both projects, which enhance components with high-quality metallization under the new N-Metals Design brand.

Growth in the E-Mobility Future Segment

Nanogate will, for the first time in the U.S., also be supplying components for an electric automobile. Nanogate is manufacturing components based on the N-Metals Design technology portfolio for a well-known U.S. manufacturer’s model.

Ralf Zastrau, CEO of Nanogate AG, commented: “Our global positioning is increasingly paying off. The comprehensive technology transfer between our new company in the U.S. and the existing sites in Europe, as well as the ongoing Group integration, are driving Nanogate’s international market development forward faster than expected. Our U.S. company has reached an important milestone with its standardized branding, new metallization orders and a project in e-mobility. Nanogate Jay Systems has also obtained another Asian manufacturer as a customer. At the same time, we are in promising talks on launching new projects outside of the automotive industry in other target markets in the U.S.”

This publication constitutes neither an offer to sell nor an invitation to buy securities. The shares in Nanogate AG (the "Shares") may not be offered or sold in the United States or to or for the account or benefit of "U.S. persons" (as such term is defined in Regulation S under the U.S. Securities Act of 1933, as amended (the "Securities Act")). No offer or sale of transferable securities is being made to the public.

True to its slogan "A world of new surfaces," Nanogate is a long-standing innovation partner who opens up the diverse possibilities offered by new materials to companies in a wide range of industries. It aims to improve customers' products and processes and to provide environmental benefits by using multifunctional surfaces, such as those made of plastic or metal, and innovative plastic components. The Group concentrates on attractive sectors such as automotive/transport, mechanical/plant engineering, buildings/interiors and sport/leisure. As a systems provider, Nanogate offers the entire value chain materials development for surface systems, series coating of various different substrates as well as the production and enhancement of complete plastic components. The main value drivers are the opening up of international markets, the development of new applications for the strategic growth areas Advanced Polymers (innovative plastics) and Advanced Metals (innovative metal enhancements) as well as external growth.