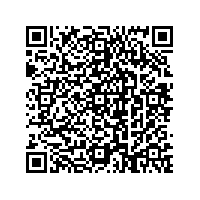 Subscribe to news
(PresseBox) ( Zurich, Switzerland, 13-05-23 )
Myriad Group AG (SIX Swiss Exchange: MYRN), the company creating and connecting communities across mobile and TV, today announces that Richard Francis is appointed to the position of Chief Financial Officer. Richard will replace James Bodha, who has resigned to take up a new role. Richard will take up his new position on 24th May 2013, and will continue to serve as a Director of the Company.

Erik Hansen, Chairman of Myriad Group commented: "Richard joined the board of Myriad Group in April. On behalf of the board, I would like to thank Richard for taking on this executive position in addition to his board responsibilities. I would also like to thank James for the contribution he has made to the company over the past four years, and wish him success for the future."

Stephen Dunford, Chief Executive Officer of Myriad Group commented: "On behalf of the Executive Management team, I would like to extend my sincere thanks to James for his exceptional contribution to Myriad over the past four years, and in particular for his efforts in guiding the company successfully through the transition of the last twelve months. I wish him every success in his future role.

I am delighted to welcome Richard onto the Executive Management team. Richard brings with him a wealth of experience from large, high growth players in the software space, including Day Software, Adobe Systems and Novell. While at Day Software, a Swiss listed provider of content management solutions, he helped to grow revenues and enterprise value significantly. This experience will be instrumental in helping Myriad execute on the growth opportunities in front of us."

Our messaging services deliver email, instant messaging and social networking to tens of millions of users in Latin America, Asia and Africa. Working with some of the world's most successful mobile phone operators, Myriad's market leading services enable consumers to connect to Internet services they want to reach in simple and affordable ways. In many cases, Myriad's services are providing them with their first experience of the Internet.