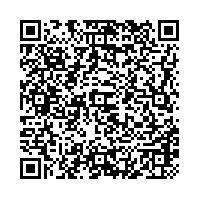 Subscribe to news
(PresseBox) ( ZURICH, Switzerland, 12-01-31 )
Myriad Group AG (SIX Swiss Exchange: MYRN), the company powering billions of rich mobile social and web experiences on any connected device, today announced that it will propose Erik Hansen as a new non‐executive member of the Board of Directors for election at the next General Meeting of Shareholders.

Mr. Hansen is a recognized software industry veteran with over 30 years of experience as a senior executive at leading software companies, most recently as CEO and Board Member at Day Software, acquired by Adobe in 2010. During his tenure there, Mr Hansen oversaw strong growth of the then SIX listed company, making the company both profitable and cash‐rich. This led to Day Software becoming one of the best‐performing technology shares in Europe. Prior to this position, Mr Hansen held several senior leadership roles at companies including TIBCO, TA Triumph Adler and Apple, both in Europe and in the United States.

"I am excited about Erik's nomination to the Myriad Board of Directors because of his vast operational and strategic experience, combined with his excellent track record and well established reputation in the market." commented Loek Van den Boog, Chairman of Myriad Group. "I am convinced Erik will add substantial value and be of tremendous help in developing the company further, and I very much look forward to working with him."

Mr. Hansen added "I am looking forward to the exciting opportunity of working with Myriad, and to contribute to its development by leveraging my experience in the software and communications industries. This is an exciting time for Myriad and the sector as a whole."

Mr. Hansen has been the CEO of Day Software since May 2008. He has more than 30 years experience of the IT and Telecommunications industries.

From 2005 to 2008, he was SVP/GM at Interwoven, and from 2004 to 2005 was SVP EMEA at Netegrity. From 2000 to 2004 he was President EMEA/LATAM for TIBCO Software. From 1997‐1999 he was EVP Worldwide field Operations at Pyramid Technology Inc. From 1994‐1997 he served as CEO and President of TA Triumph Adler. From 1990‐1994 he held the post of General Manager, Mobile at Apple. Prior to this role Mr. Hansen held senior management posts at Wyse Technologies and Altos Computer Systems.

Myriad is chosen by leading OEMs and network service providers to power rich mobile social and web experiences - from the most basic to the smartest connected device through a single, scalable platform.

Today, over 2.5 billion mobile users rely on Myriad software. Myriad apps often provide users with their first taste of the Internet, and with our proven technology embedded in every Android device we are on target to help our partners power the next billion users.