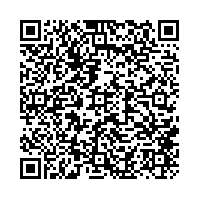 Subscribe to news
(PresseBox) ( ZURICH, Switzerland, 17-08-24 )
Myriad Group AG (SIX Swiss Exchange: MYRN) today announced that shareholders approved all motions as submitted by the Board of Directors at today’s Extraordinary General Meeting. A total of 68,237,433 shares, or 60.76% of the share capital was represented either by shareholders personally attending the Meeting or by proxies.

Myriad Group is driving the Internet economy through delivery of infrastructure and innovative services, embedded software, consumer applications and the Internet of Things with first-of-its-kind solutions. With mobile and digital transformation an absolute priority on the corporate agenda for enterprises globally, Myriad Group's technologies are helping the world's leading organisations to accelerate growth, fuel innovation, drive productivity and efficiency improvements and engage and build trust with consumers.

The Company has its headquarters in Zurich, Switzerland, and principal offices in London, Chengdu, Paris and Mexico City.