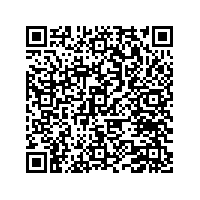 Mühlbauer with cautious start in 2013

Driven by the positive development of the RFID market, the Mühlbauer technology group recorded tremendous increases of order income in Semiconductor Related Products during the first three months of 2013. This was contrasted by a project-related decline of order income in Cards & TECURITY® and a weaker demand for mechanical components from Precision Parts & Systems, which was not fully compensated by the good order situation in Semiconductor Related Products. In parallel with order income, sales were also comparatively lower while the operative result disproportionately declined because of the economies of scale resulting from the decrease in sales. However, based on the mediocre start in 2013, the company feels obligated to revise its sales expectancy slightly downwards for the entire year whereby the management considers an increase in result still possible.

Order income and order backlog. After the project-related increase of orders by 20.3% in Q1 2012 to EUR 58.0 million, order income for the first three months of 2013 was EUR 5.1 million or 8.7% lower year-on-year, at EUR 52.9 million. The good order situation in Semiconductor Related Products was unable to fully compensate for the decline in Cards & TECURITY® and Precision Parts & Systems.

At the end of the first quarter 2013, the consolidated order backlog was EUR 200.2 million and is thus EUR 9.1 million or 4.3% lower year-on-year, due to the continuous processing of backlogs.

Sales. In the past quarter, the sales of the Group developed in line with order income. While Semiconductor Related Products recorded strong growth, sales in the company's core area Cards & TECURITY® and in Precision Parts & Systems turned down, due to customer-related delays in processing projects. Overall, this led to the fact that the technology group's consolidated sales were EUR 5.1 million or 10.2% lower year-on-year, at EUR 45.3 million (PY: EUR 50.4 million).

Cashflow. Thanks to the reduction in the outflow of funds for supplies as well as the higher inflow from the decrease in receivables and other assets, at EUR +5.8 million, the free cash flow showed an EUR 18.1 million improvement over the EUR -12.3 million for the comparable quarter of the previous year.

Outlook. The Mühlbauer technology group still assumes that over the medium and longer term, the primarily government-driven Cards & TECURITY® business sector will profit from the strong interest to offer people both increased security and mobility. In the Semiconductor Related Products area, the company sees also good opportunities to continue its positive development.

As an independent partner, Mühlbauer is already involved in more than 300 ID projects and supports numerous governments and public authorities worldwide, accepting full responsibility for the introduction of innovative ID documents. As a developer and manufacturer of the complete range of hardware and software systems in-house, customers benefit particularly from the technological and market expertise of the solution provider for the recording of personal and biometric data, the production and personalization of individual ID documents such as ID cards and ePassports, through to fully automatic access controls, which is gained over a period of thirty years.