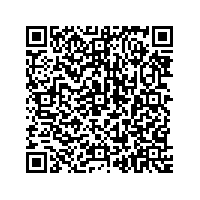 Subscribe to news
(PresseBox) ( Roding, 13-03-20 )
.
- Sales at the highest level in history of the company
- higher costs of sales impact on operating income
- distribution of dividends of EUR 1 planned
- free cashflow rose significantly
- increase of sales and result anticipated for 2013

The Mühlbauer technology group can look back at an intense and demanding year marked by critical scrutiny of its own internal group processes and the systematic, future-oriented alignment of workflows and procedures. Even though the results produced during the reporting year may not have met expectations, revenue did increase in spite of the many measures initiated, and the foundation for a successful future has been laid. Based on forecast market trends, the Mühlbauer technology group is anticipating a further increase of sales and better results for the next two years in comparison to the last year.

Sales and results. Based on the high order backlog from 2011, the solution provider once again ramped up sales in the past year, despite the primarily project-related decline of order income and, at EUR 237.1 million, achieved a sales plus of EUR 23.9 million or 11.2% year-on-year (PY: EUR 213.2 million). This represents a new record high in the more than thirty-year history of the Group. This is a result of the increase of sales in the business lines Cards & TECURITY® (+10.6%) and Semiconductor Related Products (+16.6%). Only the business line Precision Parts & System was 1.5% lower than in the previous year due to the clouding of the global economy in the past year and the increasing price war. The depreciations-related rise in material costs and the higher depreciations associated with continued investment activities resulted in significant higher cost of sales in relation to sales. As a result, gross profit at EUR 68.9 million clearly undershot the previous years’ result (EUR 82,3 million), by EUR 13.4 million, so that with EUR 15.6 million the operating income achieved by the Mühlbauer technology group within the year under review was also considerably lower year-on-year (PY: EUR 28.1 million). Taking into account a drop in financial result of EUR 0.5 million and a decline in income tax expenditure of EUR 3.6 million, this results in earnings after tax of EUR 12.6 million (PY: EUR 22.0 million). Correspondingly, earnings per share fell from EUR 1.51 in the previous year to EUR 0.84 in the year under review.

Cashflow. Despite the lower net income for the year, free cashflow rose to EUR 17.9 million, due in particular to the reduction of working capital and the slight drop in outflows for investments - after a minus of EUR 4.6 million year-on-year.

Order income and order backlog. The downturn in orders in the core business area Cards & TECURITY® caused by the volatility typical of the project business, as well as the decline in business in Precision Parts & Systems could not be fully compensated by the strong order situation in Semiconductor Related Products. Consequently, order income dropped from EUR 260.8 million in 2011, by EUR 14.1 million or 5.4% to EUR 246.7 million. As a result, at EUR 192.0 million, the order backlog also declined slightly and was EUR 9.4 million or 4.7% under the level of 2011 (PY: EUR 201.4 million).

Dividend proposal. Mühlbauer has conducted a reliable and sustainable dividend policy since its IPO in 1998, from which it has not deviated even in difficult times and does not intend to deviate from in future. Thus, the personally liable shareholder and the Supervisory Board wish to once again extend their gratitude to the shareholders who remained loyal to the Group despite the result achieved in the past year, which did not quite meet the Group’s expectations. They will therefore propose the distribution of a dividend of EUR 1.00 (PY: EUR 1.00) per no-par value in respect of the 2012 financial year to the Annual General Meeting.

Outlook. Based on forecast market trends, the Mühlbauer technology group is anticipating revenue that will continue to increase over the next two years. The measures already taken in the previous year to break away from the beaten path, to embark on new pathways, and to increase efficiency in order to get the company into good shape for a successful future will continue to be pursued with diligence. For this year, we are anticipating better results than in the fiscal year just passed and for the following year we are expecting further growth. We believe risks capable of having a negative impact on our expectations may be present in particular in the uncertainties traditionally inherent in doing business with governments together with the heavy dependence on projects in this area, as well as in gloomy industrial and/or economic prospects outlooks. Investment spending will be somewhere between EUR 15 and 20 million in the coming year.

As an independent partner, Mühlbauer is involved in more than 300 ID projects and supports in full responsibility a great number of government and public authorities in introducing innovative ID documents. The solution provider internally develops and produces the entire spectrum of hardware and software systems. Mühlbauer’s customers particularly stand to benefit from 30 year of technology and market know-how ranging from the capturing of personal and biometric data, to the production and personalization of individual ID documents such as ID cards and ePassports, and fully automatic access control systems.