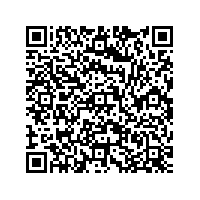 First unit for production use of the geared turbofan completed

(PresseBox) ( Munich, 10-04-13 )
MTU Aero Engines has accomplished another major milestone on its route to maturing the geared turbofan technology for production use: The first highspeed lowpressure turbine for the engine powering the Bombardier CSeries aircraft has been completed in Munich.

In a little ceremony held on Tuesday, April 13, MTU Chief Executive Officer Egon Behle, MTU Chief Operating Officer Dr. Rainer Martens and Bob Saia, Vice President, Next Generation Product Family, Pratt & Whitney jointly tightened the last bolt. "By completing this work on schedule, we have taken the next crucial step towards the introduction of our globally unique technology into actual production," commented CEO Behle, pleased with a job well done. "MTU is a core partner in the PurePower® engine program," pointed Saia out.

The turbine will now be dispatched to Pratt & Whitney, where it will be installed in the first PurePower® PW1524G engine and put through its paces on the Pratt & Whitney test stand in West Palm Beach, Florida. Certification of the new propulsion system is scheduled to take place in two years' time in support of entry into service on Bombardier's CSeries aircraft in 2013. German flag carrier Lufthansa is the launch customer for the jet and its propulsion system. Meanwhile, more customers have chosen the innovative propulsion technology: Mitsubishi has selected the engine to provide exclusive power for its new MRJ regional jet, and Russian Irkut, too, has selected the geared turbofan technology for its new MS-21 aircraft. To date, firm and optional orders for more than 400 engines from this family have been received.

A characteristic feature of the geared turbofan compared to conventional engines is that the fan and lowpressure turbine no longer rotate on a common shaft. Rather, they are connected through a reduction gear, which decouples the two components to allow them to run at their respective optimum speeds, with the fan rotating at one third the speed of the highspeed lowpressure turbine. This hightech turbine is a key component of the geared turbofan, one that substantially contributes to the powerplant's drastic improvement in efficiency. The PurePower® PW1000G improves fuel burn by doubledigit percentages compared to today's engines, reducing CO2 emission accordingly. Moreover, noise is cut by 50 percent, compared to today's quietest engines.

MTU Aero Engines is the world's only manufacturer of highspeed lowpressure turbines. The Munichbased company started to develop this technology way back in the 1990s. Meanwhile, the full functionality of the turbine has been demonstrated in technology programs and test cycles, which showed the component to be optimally suited for use on production engines. In addition to the lowpressure turbine, MTU contributes the forward four stages of the equally highlyefficient highpressure compressor, while the rear four stages are being manufactured by Pratt & Whitney.

MTU Aero Engines is a longestablished player in the industry. The company has a global workforce of about 7,600 employees. In fiscal 2009, MTU posted consolidated sales of some 2.6 billion euros. In the commercial area, MTU is the world's largest independent provider of engine maintenance services. In the military arena, it is Germany's industrial lead company for practically all engines flown by the country's armed forces. MTU is a global technology leader, excelling in lowpressure turbines, highpressure compressors, and manufacturing and repair techniques.