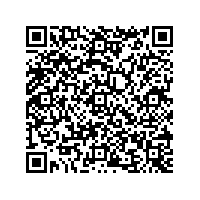 MOST Cooperation Presents MOST150 for Implementation in Tomorrow's Car Models

Subscribe to news
(PresseBox) ( Karlsruhe, 08-10-22 )
The MOST Cooperation - the organization through which the leading automotive multimedia network Media Oriented Systems Transport (MOST) is standardized - will show a MOST150 demonstration at the Society of Automotive Engineering's (SAE) Convergence show in Detroit, Michigan, USA. The MOST multimedia demo shows high-speed Ethernet packet transport, multi-channel video streaming from HDD as well as isochronous streaming of HDTV and SDTV.

MOST150 is already making its way into future vehicles. In addition to higher bandwidth, MOST150 features an isochronous transport mechanism to support extensive video applications, as well as an Ethernet channel for the efficient and seamless transport of IP-based packet data. Thus, MOST150 provides the automotive-ready physical layer for Ethernet in the car.

MOST Specification Rev. 3.0 - The Multi-Channel Network MOST Specification Rev. 3.0 adds Ethernet and isochronous channels to the well known channels for synchronous, packet and control data of previous specification versions. The Ethernet channel can transport unmodified Ethernet frames according to IEEE 802.3. This permits software stacks and applications from the consumer and IT domain to be seamlessly migrated into the car. TCP/IP stacks or protocols utilizing TCP/IP can communicate via MOST without any modification. Thus, the new generation of MOST provides the automotive-ready physical layer for Ethernet in the car. In addition, MOST Specification Rev. 3.0 offers an isochronous channel to support streams which are not synchronized to the MOST frame rate. A typical use-case is the transport of MPEG streams over a MOST network, since MPEG streams generally use variable bit-rate. This new MOST feature enables extensive video applications. MOST Specification Rev. 3.0 also adds significant enhancements to the control channel (which is used for real-time control of devices) by doubling the bandwidth compared to MOST25.

Optimized Diagnosability
Diagnosability has been optimized by an overhaul of Ring Break Diagnosis behavior as well as Detection of Sudden Signal-Off. The robustness of the procedures has been verified during the early phase of the specification by using Failure Mode Effects Analysis (FMEA) as well as reference implementations through virtual prototypes. For example, to verify Ring Break Diagnosis behavior the functional and timing behavior was modeled and executed in over 100,000 test sets that use well-known methods from System-on-Chip (SoC)-Verification. These measures help to simplify risk assessment and increase confidence in the readiness to apply the new technology.

Easy Migration
The development of MOST Specification Rev. 3.0 has been accompanied by a cost/benefit analysis that led, on the one hand, to several innovations and on the other to a high level of backward compatibility. Existing applications can easily be reused in the new network just by modifying their network interfaces. MOST Specification Rev. 3.0 supports the new MOST150 Physical Layer with a bandwidth of 150 Mbps that allows carmakers to continue to use POF and LEDs as light sources. They can continue to use their established optical wire harness and assembly processes. This makes the transition to higher bandwidth networking a smooth evolution and leads to a high acceptance.

About MOST Technology
MOST (Media Oriented Systems Transport) is a multimedia networking technology optimized for use in cars and other applications. It enables the transport of high Quality of Service audio and video together with packet data and real-time control over a single transmission medium. MOST can use plastic optical fiber or electrical unshielded or shielded twisted pair wire physical layers, that meet automotive environmental requirements. Today MOST is used in over 60 car models as the communication backbone for their information and entertainment equipment.

The MOST Cooperation is the organization through which MOST Technology is standardized and refined so that it continues to stay abreast of the latest industry requirements. Today it consists of 16 international carmakers and more than 75 key component suppliers. They have joined together to work with the MOST Technology and to contribute to its innovation. The MOST Cooperation is prepared to embrace efforts to further develop and standardize the technology for other industries and to establish the corresponding work structures. The MOST Cooperation was founded in 1998 to standardize MOST Technology as a global standard for multimedia networking. Audi, BMW, Daimler, Harman/Becker and SMSC are its core partners and constitute its Steering Committee. For more information see http://www.mostcooperation.com.