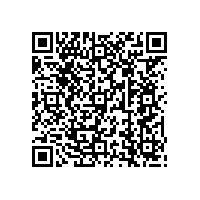 (PresseBox) ( Paderborn, 08-08-29 )
The TURBINE project (TrUsted Revocable Biometric IdeNtitiEs) was launched to lay the groundwork for electronic authentication of different applications in both the Internet and the real world. The activities associated with TURBINE, under the leadership of Sagem Orga's parent company Sagem Sécurité, are expected to take three years; they have financial support from the EU. Initial results have been presented to the TURBINE Advisory Board.

The TURBINE project deals with identity management. Specifically, it involves work on a solution for securely identifying users by means of fingerprints, in which the biometric data used is protected by highly developed cryptographic technology.

The cryptographic methods developed in the project ensure that data that is generated from the fingerprint for authentication purposes cannot be used to reconstruct the original fingerprint. In addition, users will be able to create several "pseudo identities" - each for a different application - with the same fingerprint and revoke identities if desired, i.e. declare them invalid.

With the proposed identity management solutions, users will be able to manage their identities on their personal secure token (e.g. a smart card). The identities may be legally effective identities that are used for central e-government applications, as well as for electronic transactions for local administration. In addition, pseudo identities can be administered for Internet services, bonus programs, etc. All identities of a user can be derived from the same biometric feature without a third party (such as the service provider) being able to create a link between the identities.

Integration of the smart card as a personal token for managing identities is Sagem Orga's main job in the TURBINE project. "As part of the project, we intend to advance the technology to get it ready for the market soon," says Didier Sérodon, Chief Technology Officer at Sagem Orga. All the results will be presented in a real-world way by means of live simulations.

The technology developed by TURBINE could be implemented in a wide range of applications in the real and virtual worlds. To ensure that the developments meet the needs of the various potential market segments and comply with European and national regulations on data protection, the consortium is obtaining advice from data protection experts from various European institutions and representative market segments, such as banking, e-health, e-government and airport security.

An advisory body consisting of the potential users of the technology will regularly have the chance to learn more about the results and contribute their own needs. Martin Bergen, department system integration at the advertising- and sales-association of German pharmacists TMG, summarizes the impressions he had of the first meeting of the Advisory Board end of April: "Wherever telematics infrastructures are built, additional services emerge sooner or later, building on this infrastructure and presenting an enormous added value at a fraction of the initial cost. One example is the Internet and the value added services we are now used to, such as e-mail, portals and webshops. The risk that user profiles can be generated without the user wanting them to be generated does pose a latent problem. The convenient use of various pseudo identities is an interesting approach to solving the problem of widespread undesired profile generation. I think the TURBINE project promises to bring important impulses in this regard."

Find out more at http://www.turbine-project.org/

Sagem Orga is a pioneer and a global leader in the smart card industry. The company develops and implements cutting-edge technology to turn the vision of unbounded mobile communications and integrated digital security into a reality. Sagem Orga's portfolio includes hardware, software, consulting and services, all focused on smart cards for the benefit of consumers and providers in the telecommunications, health, identification and banking areas.

In the telecommunications sector, Sagem Orga's customers include the world's largest wireless carriers. Millions of people benefit from its custom-made solutions for GSM, CDMA and UMTS. With its security technology designed for the health, identification and banking industries, Sagem Orga protects people and their identities around the world and secures electronic communications between government agencies and the citizens and companies they serve. It offers solutions for biometric and electronic identification, electronic ID cards, health cards, drivers' licenses and cashless payment.

Sagem Orga has a worldwide network of subsidiaries, branches and sales partners as well as production facilities incorporating the latest technology in Germany, Brazil, Russia and India. The company has a workforce of over 2,100 people. As a subsidiary of Sagem Sécurité it is part of the international high-tech group SAFRAN, which generates annual sales of more than 12 billion euros with 57,000 employees in over 30 countries.

Sagem Sécurité
Sagem Sécurité is a high-technology company in the SAFRAN Group. One of the world's leading suppliers of identity systems, Sagem Sécurité focuses on applications including personal rights and flow management, in particular based on biometrics, a sector in which it is the world leader, secure terminals and smart cards. Its integrated systems and equipment are deployed worldwide and contribute to the safety and security of transportation, data, people and states. Through the SAFRAN Group, Sagem Sécurité is present on all continents.