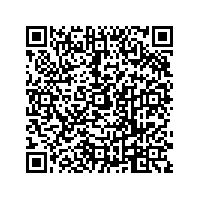 The SIM cards are available since late August to customers in India, South America, China, Eastern Europe and South Africa, on both 32k and 16k SIM cards. These SIM cards will allow operators to promote both their own services and brand products in a cost-effective and targeted way.

Sagem Orga's new native client is based on the latest version of the LiveScreen(TM) Media application, the carousel client. The carousel client constantly presents content messages to the user's idle screen in a carousel form. When there is an incoming call or the user wants to use the phone, the client is automatically halted and the handset reverts to standard operation. The carousel client offers an improved user experience, allowing users to browse from a selection of approximately ten content messages at all times. It also offers advanced segmentation and a better click-through rate than the previous version.

Didier Sérodon, CTO of Sagem Orga, comments: "The native client has enabled us to lower SIM card production costs by installing the latest LiveScreen(TM) Media application on a wider range of SIM cards. The smaller memory space means that we can apply the application to smaller SIM cards and, as a result, can reach a wider audience and distribute the client in a wider range of territories than we would otherwise have been able."

Stephen Dunford, CEO of Celltick, adds: "The creation of the Sagem Orga native client means that we will not only be able to improve the experience for our end users but also ensure that we are providing a better offering to operators, who now have the flexibility to install the LiveScreen(TM) Media application on lower cost SIM cards rather than the more expensive 60k or 120k cards. We look forward to rolling out similar clients with our other SIM card partners."

Celltick
Celltick Technologies Ltd., the pioneer of Active Mobile Marketing, has introduced a new medium into the mobile space. Its flagship product, LiveScreen(TM) Media, allows content providers and advertisers to broadcast targeted content and marketing messages to millions of mobile idle screens, turning them into a network of interactive billboards, creating a strong revenue stream for operators.

Founded in 2000 and privately owned, Celltick is headquartered in the UK with offices in Russia, Singapore, India, Thailand, Israel and Brazil.

Celltick's LiveScreen(TM) Media is a Gold award winner in the Mobile Advertising category of the 2008 Future Mobile awards from Juniper Research, and a finalist in the 2008 Mobile Entertainment Awards for Best Advertising and Marketing company category. www.celltick.com .

Sagem Orga is a pioneer and a global leader in the smart card industry. The company develops and implements cutting-edge technology to turn the vision of unbounded mobile communications and integrated digital security into a reality. Sagem Orga's portfolio includes hardware, software, consulting and services, all focused on smart cards for the benefit of consumers and providers in the telecommunications, health, identification and banking areas. In the telecommunications sector, Sagem Orga's customers include the world's largest wireless carriers. Millions of people benefit from its custom-made solutions for GSM, CDMA and UMTS. With its security technology designed for the health, identification and banking industries, Sagem Orga protects people and their identities around the world and secures electronic communications between government agencies and the citizens and companies they serve. It offers solutions for biometric and electronic identification, electronic ID cards, health cards, drivers' licenses and cashless payment. Sagem Orga has a worldwide network of subsidiaries, branches and sales partners as well as production facilities incorporating the latest technology in Germany, Brazil, Russia and India. The company has a workforce of over 2,100 people. As a subsidiary of Sagem Sécurité it is part of the international high-tech group SAFRAN, which generates annual sales of more than 12 billion euros with 57,000 employees in over 30 countries. www.sagem-orga.com .