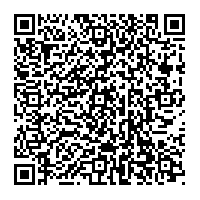 Mobile Interactive Group (MIG) attributes its 26885 Percent Revenue Growth to having a clear vision and a great business model, plus being able to deal with rapid changes in device, products, platforms and user expectations

Mobile Interactive Groups CEO & Founder, Barry Houlihan, credits continued investment in proprietary technology, platforms and people, and working with great clients with the company's 26885 percent revenue growth over the past five years. He said, "We're in a hot high-growth industry and are constantly dealing with rapid changes in devices, products, platforms and user expectations. You need to have a clear vision, a great business model and a very strong culture to deal with that."

"As a global integrated mobile and digital communications business, MIG's services span mobile commerce, messaging solutions, interactive platforms and mobile advertising, to digital build and application development for all devices. Next year we're placing a strong emphasis on completing our investment in globally scaling our technology capabilities as well as growing international revenues. We are currently building sales teams and partnerships in markets like the USA, Africa and Asia Pacific and we'll be relocating some of our senior management and directors to support that growth."

"In spite of the challenging financial market conditions, the 2010 Deloitte Fast 50 shows that tremendous growth rates are still possible, with the mobile technology and software sectors showing particular strength.

"The Technology Fast 50 awards are an opportunity for businesses to gain recognition for their successes and achievements over the previous 12 months. Successful companies have overcome many challenges to grow their businesses, and maintaining their growth will rely on attracting and retaining the most able staff."

This year's Deloitte Technology Fast 50 highlights the dominance of London, with five of the top ten coming from London and London companies make up 40% of the ranking. Internet companies were typically based in London with eight in the Fast 50.

Scotland has only 2% of companies in this year's Fast 50, highlighting the fact that technology companies have failed to thrive so far from London. Scottish companies have had a challenging year and Scottish winner, Bloxx CEO, Eamonn Doyle believes, "Many tech start-ups in Scotland have faltered during the tough economy because they didn't have enough capital behind them."

Bloxx is based on the outskirts of Edinburgh, with access to high quality technical graduates, but a more significant challenge is finding good sales staff. "We're at the wrong end of the country for many clients so we have opened an office in Bracknell and our sales director there has recruited successfully", Doyle explains.

In contrast, Cambridge continues to fare well with semiconductor and software company, DisplayLink coming in second place with 82,372 growth. Overall companies based in Cambridge made up 14% of the ranking. DisplayLink was actually conceived by an American, Martin King, based in Seattle. However, King quickly realised that his vision to create a company that would develop technology to connect mobile devices to larger visual display units would be most effectively achieved in Cambridge, and so set up his business in the UK.

Craig Ensley, DisplayLink's president and CEO said: "Martin King founded the business in 2003 because there was specific expertise in Cambridge around real-time networking of visual and graphics information over networks."

The Fast 50 companies cited their biggest operational challenges in managing their rapid growth was hiring and keeping top quality talent (48%). Concerns around systems and process (15%), innovation of new products and services (11%) and increasing customer demand (7%) were the other key issues they had to tackle.

The UK Deloitte Technology Fast 50 initiative ranks UK high growth technology companies based on percentage growth in stated revenue over five years. The programme is sponsored by Taylor Wessing, a leading International law firm with a focus on the industries of tomorrow, and Fidelity Growth Partners Europe, a venture and growth capital investor which backs entrepreneur with aspiration for greatness in the IT and clean technology sectors across Europe. Frequently asked questions and details of the winning companies, including breakdowns by industry sector and ranking, will be available on www.deloitte.co.uk/fast50.

Deloitte LLP is the United Kingdom member firm of Deloitte Touche Tohmatsu ('DTT'), a Swiss Verein, whose member firms are legally separate and independent entities. Please see www.deloitte.co.uk/about for a detailed description of the legal structure of DTT and its member firms.

The information contained in this press release is correct at the time of going to press.

Entrants must also be public or private companies headquartered in a participating region of the UK and must be a "technology company," defined as a company that owns proprietary technology that contributes to a significant portion of the company's operating revenues; or devotes a significant proportion of revenues to the research and development of technology. Using other companies' technology in a unique way does not qualify.

Mobile Interactive Group (MIG) is a global integrated mobile and digital communications business and is the fastest growing privately owned technology company in the UK.

Innovation, technology, creativity and passion remain core to everything we do and we aim to help our clients understand the benefits of adopting a fully integrated, cross platform communications strategy.