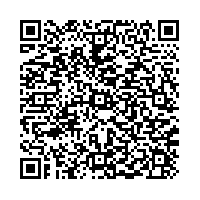 Volume figures as at end of third quarter 2010

(PresseBox) ( Biel-Bienne, 10-10-28 )
In the first nine months of the current financial year, the Mikron Group acquired new orders totalling CHF 171.5 million (+94.2% compared to previous year's low level), while sales rose 8.7% to CHF 124.3 million. Order backlog increased by 100.4% to CHF 94.8 million, achieving a much broader product and geographical spread in the process. Sales developed in line with expectations and the pick-up in new orders. The healthy growth in sales and an advantageous product mix offset the negative impact of the strong Swiss franc on Mikron's earnings. Looking ahead to its full-year results, the Mikron Group expects to post a small positive EBIT.

The economic environment has improved in recent months for both Mikron Machining and Mikron Automation, although exchange rates are still causing some uncertainty. A substantial pick-up in demand has been observed not only in Europe, but above all in Asia and particularly in China. Customers in the pharmaceutical and medtech industries remain keen to invest.

Initial indications that European customers, particularly those in Germany, are becoming more willing to invest have been confirmed. Order intake and net sales were both significantly above year-back levels at CHF 94.0 million (+121.7%) and CHF 71.6 million (+44.9%) respectively. At the same time order backlog rose 70.7% to CHF 41.3 million.

In addition to orders for new customers, Mikron Machining landed various repeat orders, amongst others from the watch industry. There was also an encouraging rise in project activities and conclusions from European customers, particularly those in the automotive supply industry.

Demand from China and India remained good, with orders from the writing instruments industry coming from these countries. However, orders were also received from China's automotive supply industry. Mikron Machining's tool and service business benefited particularly from the good level of production in the European automotive industry.

Capacity utilization at Mikron Machining's production sites in Agno (Switzerland) and Rottweil (Germany) is currently high; in certain areas it is even very high. It has therefore been necessary to expand capacity in some areas by hiring in skilled technical staff.

Mikron Automation Mikron Automation's third-quarter tendering and project activities were healthy. However, the strength of the Swiss franc is increasing pressure on margins, most notably at the division's main site in Boudry (Switzerland).

New orders were substantially up on the previous year and ahead of expectations at CHF 78.3 million (+69.5%), although sales declined 20.1% year-on-year to CHF 53.4 million. However, these are expected to recover by the end of the year. Order backlog rose substantially by 128.9% to CHF 53.1 million. The good order volumes for high-performance assembly solutions based on Mikron's G05(TM) platform were enhanced by further orders for automation solutions based on the newly launched Mikron EcoLine(TM) standard platform. The majority of these orders were from Asia. It is particularly pleasing that one assembly system of this type is to be supplied to a new customer in the European automotive supply industry in the next few months.

Capacity utilization at Mikron Automation's main site in Boudry (Switzerland) has normalized once more, and short-time working has been largely consigned to the past since mid-year. Both the Denver (USA) and Singapore sites report good and very high capacity utilization respectively. Capacity in the city state, where the Mikron site is still relatively small, is currently being maximized in anticipation of a further surge in order volumes in Asia, but also in the interests of effective quality assurance and risk management.