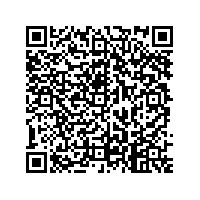 Subscribe to news
(PresseBox) ( Sangerhausen, 12-08-13 )
Mitteldeutsche Fahrradwerke AG (WKN A0B95Y, ISIN DE000A0B95Y8) is further expanding its technology expertise in the e-bikes area. In cooperation with a major German automotive producer, Germany's largest manufacturer of bicycles in terms of sales has developed a completely new type of production plant whose quality standards set benchmarks in the bicycle industry. The quality management system is initially being deployed for the production of high-quality pedelecs (pedal electric cycles). The system monitors and documents all assembly process steps using products scanners and a modern ERP system, for example. Two specially developed test benches enable the almost one hundred percent quality controlling of all e-bikes. This fully integrated quality management system is also to be applied to e-bikes from the GRACE brand, ensuring consistently high standards.

The automotive industry has deployed such systems for decades. "This quality management system represents a complete innovation in the bicycles sector, by contrast," comments Michael Hecken, head of marketing and strategy at MIFA. This cooperation with the automotive sector facilitates a permanent transfer of knowledge that generates benefits at all steps of MIFA's value chain. "Particularly where large-scale e-bike projects are concerned, MIFA will be able to respond rapidly and precisely to customers' specific quality requirements in the future."

Peter Wicht, MIFA's CEO, commented on the innovation as follows: "With this step, MIFA is consistently following in its tradition of investing constantly in automation and production efficiency. In some areas, Europe's most efficient bicycle factory is now producing according to automotive standards, allowing it to play a decisive role in helping to shape the e-bike growth market. I believe that the e-bike area will be increasingly characterised by standardisation in the future." Wicht is very satisfied with the merger of MIFA and GRACE: "It is already clear that MIFA and GRACE harmonise excellently. We were already successful in the e-bikes area in the 2011 financial year. With GRACE, and the major order from the automotive sector, we will also make the leap to the premium segment in 2012. This will allow us to optimally address young target groups, in particular." Michael Hecken is of the same opinion: "MIFA enjoys unbeatable advantages in the production of large unit volumes - the business models complement each other outstandingly."

From as early as 2011, MIFA entered the growth business with electric bicycles, in which average sales prices are significantly higher than is the case for conventional bicycles. The company sold 27,000 e-bikes within the space of a year, thereby ranking as one of the leading providers in the selfservice retail segment.

MIFA Mitteldeutsche Fahrradwerke AG, which is based in Sangerhausen (Saxony-Anhalt / Germany), is Germany's largest manufacturers of bicycles in terms of sales. The company produces bicycles from supplied components, whereby the focus is on project-related order production for large retail chains. E-bikes have also been produced since 2011. MIFA also acquired the majority of Berlin-based e-bike manufacturer GRACE GmbH & Co. SG in March 2012, which mainly produces premiumsegment e-bikes. Among other customers, GRACE produces the e-bike for automotive manufacturer Daimler (for the smart brand). Outside Germany, MIFA sells its bicycles mainly in Western Europe; in this context, both the operating business and administration and logistics are managed at the company's sole production location in Sangerhausen.