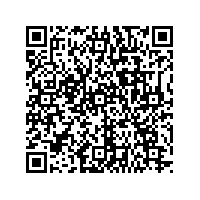 MIFA Mitteldeutsche Fahrradwerke AG (WKN A0B95Y, ISIN DE000A0B95Y8), Germany's largest manufacturer bicycles in terms of sales, grew its revenue to EUR 80.0 million in the first half of 2012, 3.7% ahead of the strong prior-year period. This is the highest level of half-yearly revenue since the IPO in 2004. At the same time, the number of bicycles sold fell, as expected; at 442,000 units, they were down by around 8.9% compared with the previous year's figure (H1 2011: 485,000 units). This was mainly due to the fact that, in the first six months of 2012, MIFA significantly expanded its sales of high quality e-bikes, as planned: With EUR 21.2 million, their share of total revenue stood at 26.5%, almost twice as high as in the prior-year period. The absolute number of the e-bikes sold was up by more than 68% to around 37,000 units (H1 2011: 22,000 units), thereby already significantly ahead of the figure for the full 2011 year. In this context, the average sales prices of e-bikes were approximately four times as high as those achieved with conventional bicycles.

The revenue which the Berlin-based e-bike manufacturer GRACE generated before MIFA's takeover on 27 March 2012 is not included in consolidated sales. The GRACE acquisition exerted some one-off effects on MIFA's earnings, by contrast. Firstly, a EUR 0.9 million other operating expense was incurred for the relocation of operations to Sangerhausen, and for the integration of GRACE. MIFA aims to leverage synergies through amalgamating production, thereby retaining the benefits of its tried and tested one-location strategy. The company also incurred one-off start-up costs for the production of the smart e-bike, which will be delivered from this summer. GRACE's customer relationships with Daimler were also capitalised among intangible assets as part of the acquisition, as a consequence of which EUR 0.2 million higher amortisation charges are incurred as a result of GRACE.

The gross profit margin nevertheless improved by 1.5 percentage points to 32.2% in the first half of 2012 (H1 2011: 30.7%). EBITDA, the earnings figure which MIFA's management utilises for steering purposes, amounted to EUR 7.0 million, and to EUR 7.9 million when adjusted to reflect the aforementioned special factors (H1 2011: EUR 7.5 million). At 9.8%, the adjusted margin was at the previous year's level. The corresponding adjusted EBIT, at EUR 6.4 million, also exceeds the previous year's EUR 6.2 million by 3.3%, representing an 8.0% EBIT margin (H1 2011: 8.1%). Unadjusted EBIT amounts to EUR 5.4 million. The negative net financial result of EUR 1.3 million also proved burdensome; it was EUR 0.4 million higher than in the first half of 2011. While the balance of expenses and interest income was around the previous year's level, losses on the measurement through profit or loss of currency and interest-rate hedging transactions were incurred, which could not be compensated by currency exchange-rate gains. As a consequence, net income adjusted for extraordinary items amounted to EUR 4.0 million (H1 2011: EUR 3.9 million). At EUR 1.9 million, investments in the period under review were significantly ahead of the prior-year period (H1 2011: EUR 0.4 million), and primarily relate to further efficiency improvements to the fully automated wheel lacing facility.

Peter Wicht, MIFA's CEO, expressed his satisfaction with the consolidated results: "Our strategy is to consistently and significantly expand our sales of high quality e-bikes - while retaining our strong core business with conventional bicycles. Revenue in the first half of 2012 shows that this approach is already proving its worth. We are also now already negotiating contracts for the coming bicycle season with our major customers." Peter Wicht went on to comment about the successful relocation of GRACE production to Sangerhausen: "Although the half-yearly results still reflect special factors arising from the relocation of operations, and the production start-up for smart, such expenses in the first half of the year will be increasingly offset by revenue and earnings in the third and fourth quarters. Such steps will also generate long-term synergy effects which should sustainably enhance our profitability."

MIFA aims to consistently continue on its growth path: "A few days ago, we launched 'Veturilo', Warsaw's first public bicycle lending system, with the company nextbike. We are continuously acquiring customers among specialist wholesalers and retailers, particularly with regard to the GRACE e-bikes. Otherwise, we are also constantly on the lookout for meaningful and profitable additions to our regular business," as Peter Wicht went on to comment.

MIFA Mitteldeutsche Fahrradwerke AG, which is based in Sangerhausen (Saxony-Anhalt / Germany), is Germany's largest manufacturers of bicycles in terms of sales. The company produces bicycles from supplied components, whereby the focus is on project-related order production for large retail chains. E-bikes have also been produced since 2011. MIFA also acquired the majority of Berlin-based e-bike manufacturer GRACE GmbH & Co. SG in March 2012, which mainly produces premiumsegment e-bikes. Among other customers, GRACE produces the e-bike for automotive manufacturer Daimler (for the smart brand). Outside Germany, MIFA sells its bicycles mainly in Western Europe; in this context, both the operating business and administration and logistics are managed at the company's sole production location in Sangerhausen.