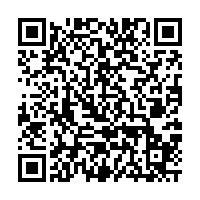 Results in line with forecastsom

Subscribe to news
(PresseBox) ( Freiburg, 06-04-25 )
The Micronas Group’s performance in the first three months of 2006 was characterized by cautious progress in line with expectations. In the Consumer division, confidence was boosted by successes with our latest innovative developments in the promising market for flat-panel display products. Major customers have begun to equip their flat-screen TVs with the latest Micronas technology. The first sets with larger, higher-resolution pictures are already on the market, in time for the football World Cup. In the Automotive division, the demand for our Hall sensors continued to show encouraging growth.

The Group’s consolidated net sales amounted to CHF 221.5 million in the first quarter of 2006. This represented a fall of 4.0 percent compared with the fourth quarter of 2005. At around 33 percent, the gross margin for the reporting period was lower than in the last three months of 2005.

The ordinary Shareholders’ Meeting on March 3, 2006, approved the proposal of the Board of Directors to reduce the nominal value of the Micronas share by CHF 0.95 per share from CHF 1.00 to CHF 0.05. The likely date for the payout to shareholders is May 22, 2006. In addition, the share repurchase program of up to CHF 100 million, using a second trading line, was successfully conducted on February 13, 2006.

Expectations for the second quarter of 2006 are that sales will be about 20 percent down on the first-quarter performance and that a net loss of around CHF 6 million will result. From today's standpoint, the impact of the football World Cup is very difficult to evaluate given the widely conflicting statements from market players: some are predicting a buildup of inventories in TV sets, others a complete sellout. For fiscal 2006 as a whole, we expect growth of about 10 percent, lower than earlier forecasts. With an expected gross margin of around 35 percent, the profit guidance for the reporting period is between CHF 10 and 20 million. Measures to improve profitability have been taken.

The Micronas Group is a leading independent supplier of innovative application-specific semiconductor solutions for consumer and automotive electronics. Its shares are listed on the SWX Swiss Exchange in Zurich.

The Micronas Group is a leading independent supplier of innovative application-specific semiconductor solutions for consumer and automotive electronics. Its shares are listed on the SWX Swiss Exchange in Zurich.