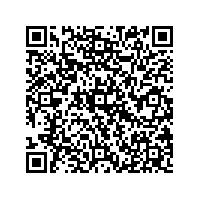 Subscribe to news
(PresseBox) ( Zürich, 15-07-23 )
.
- Sales expressed in Group currency down on first half of 2014 as expected; increase of 2 percent after currency adjustment
- EBIT margin still squeezed by switch to 8-inch production, so at lower end of forecast range
- Negative net result owing to euro losing value against Swiss franc
- Sales of CHF 135 million expected for fiscal 2015, EBIT margin will be in low single-digit percentage range

As communicated in April, the removal of the floor from the Swiss franc/euro exchange rate reduced the final figures in the income statement and balance sheet. After adjusting for currency movements, Micronas achieved a slight year-on-year increase in sales in the first half of 2015. The earnings picture was less satisfactory. The switch to 8-inch production continued to pull down operating earnings, while the conversion of cash holdings denominated in foreign currencies had a negative effect on the net result.

Micronas Group achieved consolidated net sales of CHF 70.8 million in the first half of 2015, a fall of 12.6 percent compared with the first half of 2014. This was due to the repeal of the minimum euro rate; Group sales actually went up by 2 percent net of currency effects. The gross margin for the period under review was 27.3 percent of sales, compared with 30.4 percent in the equivalent prior-year period.

The conversion from 6 to 8 inches in the front end and to new production facilities in the back end, combined with various new product launches and qualifications, continue to have a negative impact on operating earnings. As a result, the EBIT of CHF 1.9 million was below the year-back figure of CHF 3.3 million, while the EBIT margin for the first half of 2015 came to 2.7 percent.

After financial income and taxes there was, as expected, a loss of CHF 5.2 million for the first half of 2015. This is mainly due to the revaluation of euro-denominated cash holdings at Micronas Semiconductor Holding AG, which caused a book loss of CHF 6.1 million following the removal of the EUR minimum rate. Earnings per share came to CHF -0.18.

Net liquidity (cash, cash equivalents and short-term financial cash deposits) went down CHF 25.0 million compared with the end of 2014 to stand at CHF 126.3 million at end-June 2015. This decrease is mainly due to currency effects. Shareholders' equity amounted to CHF 94.1 million, compared with CHF 109.8 million as at end-2014. This decline is due mainly to the effect of exchange rates on valuations. The equity ratio came to 36.9 percent.

Sales at the Automotive segment reached CHF 66.5 million. This is 12.0 percent down on the first half of 2014, though the currency-adjusted figure actually shows a slight increase of 3 percent. The big three automotive markets, Western Europe, the USA and China, all grew during the period under review. By contrast, Japan, our largest national sales market, saw domestic demand for cars fall by 12 percent compared with the equivalent prior-year period. An increase in the tax on mini-vehicles (up to 660 cc), introduced in Japan in April, also had a negative effect. Operating profit (EBIT) at the Automotive segment came to CHF 1.6 million, or 2.5 percent of sales.

There is great customer interest in the new Hall-effect sensor products announced last year, all of which are being produced on the 8-inch line. Micronas has already started mass production of its first integrated capacitor product, for example, and has acquired other customer projects as well. In China it has acquired additional platforms for gas pedal applications and extended its clear market leadership. More projects involving the 2D-HAL product line have also started up for new applications such as valve control and coolant valves.

The Industrial segment, which in the first half of 2015 once again generated all its turnover from Hall sensor products, achieved sales of CHF 4.4 million, compared with CHF 5.5 million in the equivalent prior-year period. After adjusting for currency movements, the decline was 7 percent. The Industrial segment contributed 6.2 percent of total Group sales in the first half of 2015. Operating profit came to CHF 0.3 million, which gives an EBIT margin of 6.0 percent.

Most of the Industrial sales are generated through global distribution partners. To give a further boost to sales in the automotive and industrial sectors, Micronas and its distribution partner Rutronik extended their long-standing partnership in Europe; Rutronik is now a global franchise partner of Micronas. The global franchise includes the entire Micronas product range of Hall-effect sensors and embedded motor controllers. Contracts have also been signed with two more leading global catalog distributors: Digi-Key and Mouser. This means that customers now have the option of very quickly and easily ordering smaller quantities and samples from the wide Micronas product range.

Capacity utilization at Micronas Group's own manufacturing facilities stood at around 85 percent in the first half-year. In January and February 2015 ISO/TS 16949 monitoring audits were carried out successfully in Freiburg and Munich in Germany, as well as in Glenrothes, Scotland. Thanks to the year-round use of waste heat, the combined heat and power plant commissioned in mid-2014 has achieved very high overall efficiency and is exceeding target levels for performance and availability.

"With new product announcements in the period under review, Micronas expanded what was already the world's broadest portfolio of Hall-effect sensors and embedded motor controllers for automotive and industrial electronics," says Matthias Bopp, CEO of Micronas. "We believe that despite the short-term negative effects of manufacturing changes and of the franc shock, Micronas, thanks to its strategy and innovative product portfolio, is on track to achieve the long-term goals announced in February."

The decline in demand for cars in Japan is hitting Japanese automobile manufacturers as well as their suppliers, so Micronas Group's sales in the second half of year will not be as high as in the first. Assuming an EUR/CHF exchange rate of 1.05, the Board of Directors and Management expect sales of approx. CHF 135 million for the full 2015 financial year. After adjustment for currency movements, this will mean a decline in sales of 2 percent compared with the prior year. The EBIT-margin is still being affected by the change in manufacturing processes and will probably be in the low single-digit percentage range. Owing to the valuation of cash holdings denominated in foreign currencies, the net result is still likely to be negative.

Micronas (SIX Swiss Exchange: MASN) the most preferred partner for sensing and control serves all major automotive electronics customers worldwide, many of them in long-term partnerships for lasting success. While the holding company is headquartered in Zurich (Switzerland), operational headquarters are based in Freiburg (Germany). Currently, the Micronas Group employs around 900 persons.