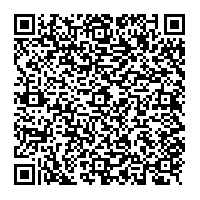 Juan Nevado, manager of the M&G Dynamic Allocation and the M&G Prudent Allocation Funds on the developments in the Chinese stock market

Subscribe to news
(PresseBox) ( Frankfurt am Main, 15-07-09 )
"Chinese equities have been selling off sharply in recent days (and spilling over into commodity markets), meaning in the space of 24 hours we have suddenly seen market commentators' attention notably shift from Greece to China. It is not particularly clear what has triggered the dramatic declines at this particular point in time and it is debatable whether the magnitude of the moves can be justified by fundamentals alone. However, it is also not easy to simply dismiss it as 'noise'.

On the one hand, Chinese economic data has been weakening quite significantly in recent months, with exports having slowed sharply over the year to date and GDP having contracted quarter-on-quarter by some estimates. This is a genuine fundamental concern. However, there has been no evidence of any notable worsening of the Chinese economic picture in the past week to which to attribute this sudden volatility.

In fact, price action in Chinese equities had looked rather confusing, with the stockmarket rallying until very recently - usually a signal of economic recovery, if we consider equity markets to be a leading indicator of economic conditions - even while growth has been slowing. One possible explanation could be the situation whereby the People's Bank of China (PBoC) has been easing policy but not allowing the currency to depreciate. CNY has looked very expensive versus competitors for some time now, meaning that while policymakers have been injecting liquidity into the domestic market, they have essentially not been letting it leave the country, building up a mini-bubble in domestically listed Chinese equity markets (A shares).

So what just burst the bubble? Again, it is not particularly clear. Investors have had plenty to worry about lately - Greece, US interest rate rises, the oil price, inflation/deflation - and we have commented previously on the notable shift in sentiment, rather than facts underlying volatility in global markets. Perhaps some of this has been a distraction from China's slowdown. We often observe investors overly simplifying the complexities of the global economy by distilling a great many factors into a single story in an attempt to explain market movements.

One factor commonly being blamed for suddenly drawing attention to China is the PBoC's clampdown in recent months on margin lending - the process by which many Chinese investors have borrowed money from stockbrokers to invest. However, these restrictions have since been relaxed in order the try and ease liquidity concerns, while there have also been other measures, including an interest rate cut last month. While the PBoC may not have been effective yet, it does seem that they are mindful of the need to stabilise markets.

With so much uncertainty around what is really going on in Chinese markets at the moment, for now, we are not inclined to act. However, we are watching the situation closely, with an awareness that this has the potential to become a meaningful development - likely more significant than a 'GREXIT' - including possible contagion into the H-share market and other Asian markets. Export data for China's neighbours show a strong correlation with China weakness. However, the potential impact on economies further afield is less obvious. In particular, the US still looks strong from a fundamental perspective, and for us, this is more likely an Asian growth concern than a global growth concern."

Recommend Juan Nevado, manager of the M&G Dynamic Allocation and the M&G Prudent Allocation Funds on the developments in the Chinese stock market press release