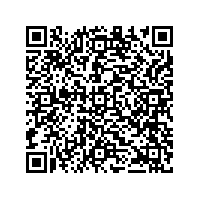 United against food waste: METRO and 1 - 3 Too Good to go expand European partnership

Subscribe to news
(PresseBox) ( Düsseldorf, 19-09-18 )
.
● METRO and Too Good To Go announce expansion of partnership from 2 to 6 countries
● Over 12.000 meals have been saved in the pilot regions of Germany and the Netherlands
● Too Good To Go will now also work with METRO in France, Spain, Italy and Belgium

METRO and Too Good To Go today announced the expansion of their partnership, first launched in Germany on World Food Day in October 2018 and extended with a letter of intent between the two companies in May 2019. Since then, users of the anti-food waste app have been able to rescue unsold meals from landfill at reduced prices from the canteen at the METRO headquarters in Düsseldorf, selected store restaurants in Germany and at all 17 METRO stores in the Netherlands.

The international wholesale specialist METRO, aiming to halve food waste in its own operations by 2025, officially began its partnership with Too Good To Go, the leading app against food waste, in October 2018. It currently includes the two restaurants at the METRO campus in Düsseldorf, the store restaurants in Neuss and Krefeld, Germany, and all wholesale stores in the Netherlands, and will now be expanded to Belgium, France, Italy and Spain.

"Resources are scarce. We must deal with them responsibly. And we must be aware that the tons of food thrown away globally every year emit huge amounts of greenhouse gases. Food waste is a climate killer."

Since launching the cooperation between METRO and Too Good To Go in the Netherlands and Germany in June 2019, almost 90% of all food made available on the app from the Dutch METRO stores and store restaurants in Germany has been saved - well over 12,000 meals.

In Belgium, as in the Netherlands, the anti-food waste app will start offering products from METRO stores which are often simply nearing their bestbefore date. In Italy, France and Spain, METRO will specifically promote awareness and use of the app among its core customer group of hoteliers, restaurateurs and caterers. They can use the app to ensure that for example breakfast buffets and lunch menus don't go to waste, thus adding another 2 - 3 level to the fight against food waste: respecting not only the value of food, but also the people who prepared it.

Too Good To Go is also building the "The Movement Against Food Waste" to push for wider impact at four levels: Households, Businesses, Education, and Politics. To do so, it has launched initiatives to change date labelling on produce, curated free educational material for teachers and students, and provided consumers with easy tricks and tips on how to prevent food waste at home.

"More than 29,000 partners have now joined us in the global fight against food waste," said Mette Lykke, CEO at Too Good To Go.

"Too Good To Go is unique in that we offer businesses and consumers the opportunity to do something good for the planet, and to get something back in return. This cooperation is part of our mission to inspire and empower everyone to fight food waste together."

Too Good To Go was launched in 2016 and has 3 million active users who have already saved over 20 million meals. This corresponds to over 51,000 tonnes of CO2 saved.

As well as the 6 countries involved in the METRO partnership, Too Good To Go is active in a total of 13 countries including Austria, Poland and Portugal, Denmark, Norway, Switzerland, and the UK, where restaurants, supermarkets, bakeries, hotels and other food retailers are able to sell surplus food to customers at a reduced price via the app.

"We are delighted to expand our partnership with Too Good To Go," commented Pountcheva on the prelude to the strategic expansion of the partnership.

"We are united by the goal of actively fighting food waste. Different business models, ideas and approaches flow into our cooperation and the current pilots in Germany and the Netherlands show how promising this partnership is."

METRO committed to the Consumer Goods Forum "Resolution on Food Waste" in 2015. The goal is to reduce food waste in own operations by 50% by 2025. To this end, METRO relies on an efficient ordering and stocking system as well as the cooperation with various partners along the value chain in order to fight food loss and waste. The wholesale company now cooperates with food banks in 21 countries. Initiatives like Too Good To Go complement METRO's long-standing partnerships with new, disruptive ideas based on modern technology, social media and the collective sense of responsibility of global communities.

Too Good To Go brings people together to fight food waste by connecting customers with suppliers that have unsold, surplus food. The app was launched in Copenhagen, Denmark in 2016 and has been downloaded more than 13 million times as of Sept 2019.

The app is available in 13 countries, and Too Good To Go works with more than 29,000 partners including Carrefour, Paul, Costa, Accor, Yo! Sushi, Mandarin Oriental, and Scandic.

The company's core mission is to inspire and empower everyone to take action against food waste, and it is building The Movement Against Food Waste to push for wider impact at four levels: Households, Businesses, Education, and Politics.

Leading the company is Mette Lykke. Prior to becoming CEO of Too Good To Go Mette co-created the fitness community Endomondo which was eventually sold in 2015 to sports giant Under Armour.

Find out more at www.toogoodtogo.com, or visit LinkedIn.