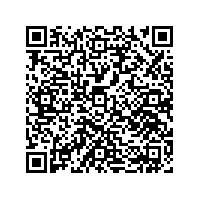 IFA expects strong attendee numbers and an increase in international visitors - despite the continuing global recession. Tradeshow exhibit space is sold out and IFA has constructed temporary exhibit halls to accommodate the unprecedented number of exhibitors and new product introductions that are expected.

Themes driving the CE market and on display at IFA include: HDTV, 3D TV, home networking, TV/internet convergence and mobile media. In the home appliances sector, the focus is on design, easeofuse and ergonomics. Other important trends cutting across market segments are digital lifestyles, smart homes, and energy efficiency, which will be discussed on the show floor and in conference sessions.

"There is a doubledigit increase this year in the amount of exhibit space sold and we anticipate a record number of product introductions," said Dr. Christian Göke, chief operating officer of Messe Berlin, which organizes IFA for Gesellschaft für Unterhaltungs und Kommunikationselektronik (gfu).

"Every year IFA exhibitors benefit from more international trade visitors and from the growing global media focus. Manufacturers meet more retailers at IFA than anywhere else in the world. The media benefit from the fact that no other trade fair has more product premieres than IFA," said Jens Heithecker, director of IFA.

IFA TecWatch, located in Hall 8.1, will make the future come alive for attendees. Researchers from large industrial enterprises, smaller organizations universities and public research groups will display and discuss the future technologies that will impact every facet of our lives. As part of the IFA TecWatch experience, attendees will be able to visit the E-House, which will demonstrate practical and affordable technologies to use in a fully networked home, including a heating system with an integrated TV screen, solar roof panels and a charging station for an electrically powered Tesla Roadster in the garage. A special show entitled "E-House" will demonstrate how the 2.0 version of the home works.

Focused on software, accessories and applications for Apple products, the IFA iZone will provide attendees with a single stop for all things related to Macs, iPhones, iPods and iPads. The IFA iZone will showcase the most innovative products from around the world -- from skins and cases to applications, security software, games and music.

IFA's eLibrary will be dedicated to the bold new world of e-Books. Manufacturers of eBook reading devices, netbooks and tablet PCs as well as media companies and publishers will all be presenting the entire range of their products.

This year's International Media Congress (6-7 September) will be devoted to the interplay of new technologies, new content and new business models under the heading "Where Content Meets Technology." Industry experts will discuss current mediapolicy agendas, trends new content and business models. The Congress is a joint event organized by the Medienboard Berlin-Brandenburg and the gfu and supported by the Medienanstalt Berlin-Brandenburg (mabb).
Visit: http://www1.messe-berlin.de/vip8_1/website/Internet/Internet/www.ifa-berlin/englisch/EVENTS/index.html

Representatives of the industry, the media, skilled trades and retailers will discuss sales and business opportunities, new licence fee schemes and the importance of offering expert service and advice. The results of the BVT/gfu survey on the subject of networking will also be released.

Coorganised by BVT, ZVEH and the consumer electronics trade association ZVEI, the serviceforum@IFA gathers members representing retailers, retail stores, retail groups from the CE sector, retail specialists and the skilled trades, and members of the industry and the media. serviceforum@IFA takes place on 5 September 2010 from 11 a.m. to 1 p.m. in the IFA Red Lounge.
Visit: http://www1.messe-berlin.de/vip8_1/website/Internet/Internet/www.ifa-berlin/englisch/EVENTS/Events/EventDetails/index.jsp?eventDateId=149145&action=search⟨=en&fairID=142302&suchbegriff=serviceforum%40IFA&kategorie=-1

The IFA DisplaySearch Business Conference will explore the interplay between these trends in the television marketfeaturing forecasts and analysis from DisplaySearch as well as presentations from top executives of leading companies throughout the TV supply chain. This event will be crucial for trade visitors wanting to understand the TV supply chain, market dynamics and technologies being shown at this year's IFA exhibition. September 3; Room Europa, Hall 7.3, 8:30 am - 5:00 pm. Visit: www.DisplaySearch.com/ifa-berlin

Entertainment in the IFA Summer Garden

Opening Concert at IFA on 2 September: The Kooks The successful UK band The Kooks will perform only one concert in Germany this year: at IFA. Sponsored by rbb-Radio Eins and the music magazine unclesally*s, the concert will take place on the eve of IFA's opening day. The Courteeners will support The Kooks as a special guest.

Scooter - Live in the Summer Garden on 4 September
On Saturday evening a live performance by SCOOTER, one of Germany's most successful bands.

Programme of Daily Shows
Inka Bause, Jürgen Karney, Lou Bega and the Baseballs: international top acts, celebrities from the world of sport and exclusive open air concerts in the Summer Garden. From 3 to 8 September.