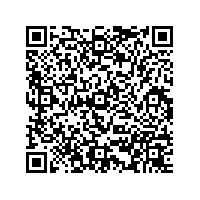 Constantin Birnstiel to Become Head of Group Communications at Merck

Subscribe to news
(PresseBox) ( Darmstadt, 17-05-12 )
Merck, a leading science and technology company, today announced that Constantin Birnstiel (45) will become Head of Group Communications. He will report to Stefan Oschmann, Executive Board Chairman & CEO of Merck. Birnstiel succeeds Isabel De Paoli, who on October 1, 2016 had additionally assumed the role of Chief Strategy Officer, which she will focus on going forward.

"Isabel De Paoli has strategically developed Group Communications further and fully aligned it with the needs of our businesses. For this I would like to cordially thank her," said Oschmann. "With Constantin Birnstiel, we have hired an internationally experienced communications professional who will work together with his team to purposefully build on Merck’s successful positioning as a science and technology company."

Isabel De Paoli (42) joined Merck in August 2006. She has headed strategy development for the Oncology business, among other things, and in 2012 she became responsible for strategic corporate planning. Afterwards, she set up the Group Strategy function. In 2016, she became Head of Group Communications. Following her engineering studies in Brazil and Hamburg, she started her career as a consultant at the Boston Consulting Group and then worked as a private equity manager for Permira.

Merck is a leading science and technology company in healthcare, life science and performance materials. Around 50,000 employees work to further develop technologies that improve and enhance life - from biopharmaceutical therapies to treat cancer or multiple sclerosis, cutting-edge systems for scientific research and production, to liquid crystals for smartphones and LCD televisions. In 2016, Merck generated sales of € 15.0 billion in 66 countries.

Founded in 1668, Merck is the world's oldest pharmaceutical and chemical company. The founding family remains the majority owner of the publicly listed corporate group. Merck holds the global rights to the Merck name and brand. The only exceptions are the United States and Canada, where the company operates as EMD Serono, MilliporeSigma and EMD Performance Materials.