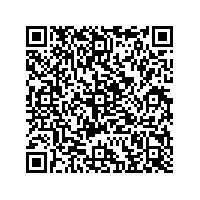 Allma celebrates the 200,000th cabling spindle together with customers

Subscribe to news
(PresseBox) ( Kempten, 13-04-26 )
The over 20 years successful story of Allma cabling machines has reached another highlight. Allma is very proud of having delivered the 200,000th spindle to its customer Shenma in China. On 25 April 2013 this event was worthily celebrated at Suzhou works and Shenma was handed over a gold-plated cabling spindle.

For years, Allma has proven again and again its innovation leadership by new CableCorder machine generations. The CableCorder has been designed for high performance in terms of quality, economic efficiency and flexibility. A great number of milestones mark the way of the CableCorder. Increase in productivity, online quality measuring, two-for-one twisting and cabling in one machine are just a few features describing the product development.

The year 2011 was an absolute highlight in the CableCorder history when the fourth machine generation was presented and the Allma CC4 received the Award for Innovation and Excellence. The Allma CC4 allows for energy savings of up to 50 percent compared with other models in the market. Moreover, customers benefit from a considerably reduced noise level and yarn break rates which are further reduced by 50 percent.

Celebration and a great thank you to all customers

In 2012 Allma supplied the 200,000th spindle to its customer Shenma in China. To celebrate the occasion, Allma handed over a gold-plated cabling spindle to the representatives of the company Shenma at the Suzhou Open House on 25 April 2013. On behalf of Allma, Wolfgang Schoeffl, Head of Sales, thanked Shenma and all customers worldwide for their loyalty and confidence.

Further information can be found under: www.saurer.oerlikontextile.com

Oerlikon (SIX: OERL) is a leading high-tech industrial group specializing in machine and plant engineering. The Company is a provider of innovative industrial solutions and cutting-edge technologies for textile manufacturing, drive, vacuum, coating, and advanced nanotechnology. A Swiss company with a tradition going back over 100 years, Oerlikon is a global player with around 12 700 employees at around 160 locations in 34 countries and sales of CHF 2.9 billion in 2012. The Company invested in 2012 CHF 106 million in R&D, with over 1 000 specialists working on future products and services. In most areas, the operative businesses rank either first or second in their respective global markets.