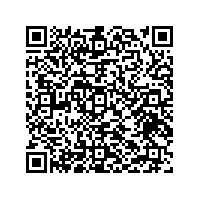 During the "Neoantigens and Cancer Mutations" session, Dr. Christiane Mummert, scientist at Medigene Immunotherapies, will present her poster describing a semi-automated method for the isolation and initial characterization of neoantigen-specific T cell receptors. In summary, the experiments demonstrated that neoantigen-specific TCRs can be isolated from peripheral blood samples of healthy donors and initially characterized in eight to ten weeks using an innovative high-throughput robotics platform.

On the second poster, presented during the "Adoptive Cell Therapy" session, shared co-authors Dr. Christian Ellinger and Dr. Manon Weis describe properties of Medigene's PRAME-specific TCR for adoptive T cell immunotherapy of cancer. Using an innovative TCR isolation and characterization platform, a TCR with natural high avidity for a PRAME-derived epitope was isolated showing potent efficacy and a favorable safety profile that will be further evaluated in clinical trials.

Both posters will be presented during "Poster Session A" that will take place on September 6 between 6:00 pm - 8:00 pm.

About Medigene's TCR technology: The TCR technology aims at arming the patient's own T cells with tumor-specific T cell receptors (TCRs). The receptor-modified T cells are then able to detect and efficiently kill tumor cells. This immunotherapy approach attempts to overcome the patient's tolerance towards cancer cells and tumor-induced immunosuppression by activating and modifying the patient's T cells outside the body (ex vivo).

TCR therapy is developed to utilize a higher number of potential tumor antigens than other T cell-based immunotherapies, such as chimeric antigen receptor T cell (CAR T) therapy. Medigene is preparing the clinical development of its first TCR candidates and is establishing a pipeline of recombinant T cell receptors, and has established Good Manufacturing Practice (GMP)-compliant processes for their combination with patient-derived T cells.

Medigene's first TCR immunotherapy "MDG1011" will be tested in a clinical Phase I/II trial intended to be started by the end of 2017.

Besides the planned company-sponsored TCR trial, Medigene is involved in an investigator-initiated trial (IIT) with TCRs in multiple myeloma (MM) to be conducted by the Charité - Universitätsmedizin Berlin in cooperation with the Max Delbrück Centre (MDC), Berlin.