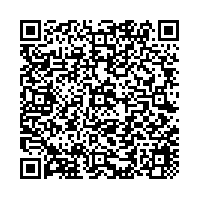 Business news for the stock market

Medigene AG (MDG1, Frankfurt, Prime Standard, TecDAX) announces that a scientific article on a method to enhance adoptive T cell therapies has been published in the current issue of "Cancer Research" (AACR Publication: DOI: 10.1158/0008-5472.CAN-16-1922). The research results show how adoptive T cell therapies can be improved by optimizing the T cells' effector functions without changing their specificity.

Prof. Dr. Elfriede Nössner, Head of Immunoanalytics - Research Group Tissue Control of Immunocytes and Core Facility at the Helmholtz Zentrum München, and senior author of the publication, explains: "Enhanced T cells combined with checkpoint blockade might be a beneficial combination for therapeutic strategies. Altogether, the supportive effects of adding PD-1:28 to T-cell function makes it an attractive tool for adoptive T-cell therapy."

Prof. Dr. Dolores J. Schendel, CEO and CSO of Medigene AG and co-author of the publication, adds: "Upgrading the function of low-avidity T cells without changing the TCR affinity will allow a large arsenal of low-avidity T cells previously thought to be therapeutically inefficient to be considered for adoptive T-cell therapy. We are actively considering these results within Medigene for the development of future TCR therapies and are excited about the prospects of this approach"

About Medigene's TCR technology: The TCR technology aims at arming the patient's own T cells with tumor-specific T-cell receptors. The receptor-modified T cells are then able to detect and efficiently kill tumor cells. This immunotherapy approach attempts to overcome the patient's tolerance towards cancer cells and tumor-induced immunosuppression by activating and modifying the patient's T cells outside the body (ex vivo).
TCR therapy is developed to utilize a higher number of potential tumor antigens than other T cell-based immunotherapies, such as chimeric antigen receptor T cell (CAR T) therapy. Medigene is preparing the clinical development of its first TCR candidates and is establishing a pipeline of recombinant T-cell receptors, and has established Good Manufacturing Practice (GMP)-compliant processes for their combination with patient-derived T cells.

Medigene's first TCR immunotherapy "MDG1011" will be tested in a clinical phase I/II trial scheduled to be started by the end of 2017.