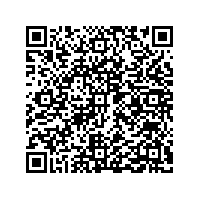 MECASOLAR delivers 343 MW in trackers and structures in 2011

Subscribe to news
(PresseBox) ( Tudela (Navarra), 12-01-24 )
.
- Italy, Spain, US, Canada, Greece and UK were the main markets for MECASOLAR in 2011, a year in which the company manufactured more than 5,169 solar trackers, installed in 203 solar farms equivalent to 61 MW.
- Of MECASOLAR sales in 2011, 85% were exports.
- The multinational company has manufactured and supplied 343 MW in trackers that have been installed in 498 solar PV farms worldwide since its establishment. Since 2005, MECASOLAR has delivered 27,169 solar trackers.
- The company has manufacturing plants in Spain, Italy, Greece, US and Canada, and branches in UK, Germany, France and China.
- Brazil, Mexico, South Africa and India are going to be strategic markets for MECASOLAR over the next years.

MECASOLAR relies for commercial and technical support on PROINSO's International Network of Qualified Installers, which has 1,900 members offering their services to customers in more than 60 countries. Thanks to the 2011 figures, MECASOLAR reached a total of 343.4 MW supplied since it was established in 2005. The amount is equivalent to 27,169 solar trackers manufactured and installed. Currently, the company's single- and dual-axis solar trackers and its fixed structures can be found in 498 solar PV farms around the world.

The multinational company has manufacturing plants in Spain, Italy, Greece, US and Canada, and branches in UK, Germany, France and China.

According to MECASOLAR sources, Brazil, Mexico, South Africa and India are the target markets where the company is planning to start operating in the near future. Also, the firm is considering product diversification strategies to include other solar technologies using tracking systems.

Specifically, throughout 2012, MECASOLAR will focus mostly on the recently launched 114.4 kWp polar aligned tracker. The new product is modular and scalable, and can be assembled on site, which 'allows for easy transport and installation and reduces costs down to those of fixed structures approximately,' sources said.

Management sources have announced the upcoming launch of new products that 'improve the PR of installations, thus making them more profitable.

MECASOLAR specialises in the design, manufacture and supply of single- and dual-axis solar trackers, fixed structures and foundation screws for solar PV facilities. It has manufacturing plants in Spain, Italy, Greece, Canada and the USA.

All MECASOLAR devices use cutting-edge technology. Its dual-axis trackers can increase solar PV energy generation by over 35% as compared to fixed installations. Its single-axis azimuth trackers improve output by 28% as compared to fixed structures and need a comparatively small space - 2.51 ha/MW (6.2 acres/MW). The company also manufactures fixed structures that can adapt to all kinds of surfaces and power. Together with the universal foundation screw MECASCREW, they provide customers with a global solution.

The MECASOLAR single-axis polar tracker, launched in December 2011, has a capacity of 114.4 kWp, improving PR and reducing investment per Wp, thus increasing the profitability of installations.