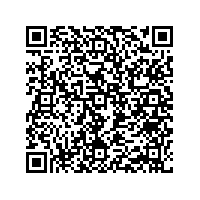 Subscribe to news
(PresseBox) ( Tudela (Navarra), 12-01-11 )
.
- The plant, which is already operating, has a total power of 600 kWp.
- MECASOLAR has adapted its tracker technology to the low concentration modules used in this project. The company supplied 55 single-axis solar trackers, 11.04 kWp each, and a rack that supports forty-eight 230W modules.
- The plant features 5x concentrators.
- Multinational company sources say they are satisfied with the project's success, which adds to the recent launch of a 114.4 kWp polar aligned tracker.

MECASOLAR, a multinational company that designs, manufactures and supplies solar trackers, fixed structures and foundation screws, has delivered 55 solar trackers to a concentrating PV power plant in Italy. The plant, which is already operating, has a total capacity of 600 kWp.

Each concentration tracker in the plant has a power of 11.04 kWp, and the support structure has been assembled to support forty-eight 230W modules per tracker. In addition, the plant features Tripower 10000TL inverters from SMA.

The management team at MECASOLAR, an OPDE Group company, highlight the effort the company has made to fulfil the needs of international markets and projects; for example, the adaptation of its trackers to low concentration applications.

The MECASOLAR trackers normally used by the company with crystal modules have an accuracy of 2.88º to 1.44º. Following this first-ever experience with research and development for tracker adaptation to low concentration applications, the MECASOLAR trackers are expected to achieve a precision of 0.5º. The trackers will thus be among the most accurate in the market.

In fact, in 2012, MECASOLAR is to launch its concentration tracker as one of the "most robust, profitable and accurate in the market" of low concentration systems.

Besides, the multinational launched in December 2011 a 114.4 kWp polar aligned tracker. This new product is modular and scalable, and can be assembled on site, which allows for easy transport and installation, and reduces costs.

MECASOLAR specialises in the design, manufacture and supply of single- and dual-axis solar trackers, fixed structures and foundation screws for solar PV facilities. It has manufacturing plants in Spain, Italy, Greece, Canada and the USA. As of September 2011, it had delivered more than 24,000 trackers, with a total power of 311 MW.

All MECASOLAR devices use cutting-edge technology. Its dual-axis trackers can increase solar PV energy generation by over 35% as compared to fixed installations. Its single-axis azimuth trackers improve output by 28% as compared to fixed structures and need a comparatively small space -2.51 ha/MW (6.2 acres/MW). The company also manufactures fixed structures that can adapt to all kinds of surfaces and power. Together with the universal foundation screw MECASCREW, they provide customers with a global solution.

The MECASOLAR polar tracker, launched in December 2011, has a capacity of 114.4 kWp, improving PR and reducing investment per Wp, thus increasing the profitability of the installation.