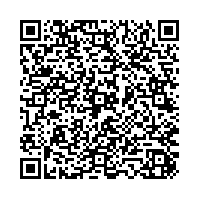 Phytron GmbH: Making a significant contribution to space missions for more than 30 years

Subscribe to news
(PresseBox) ( Surrey, 19-08-21 )
As the exclusive UK distribution partner for Phytron GmbH, we have copied an interesting article below authored by managing director Dr.-Ing. Robert Stößer which celebrates the 50th anniversary of the Apollo 11 moon landing this year and also illustrates the German manufacturer’s significant contribution to the automation of precision instruments deployed on many other space missions. As a leading UK-based motion control component supplier, customised systems integrator and designer Mclennan works closely with Phytron and through its expertise, gained over several years, is actively involved in and looking for high vacuum, extreme temperature and other challenging environment motion control applications.

On July 20th 1969 Neil Armstrong became the first person to step on the moon and realise a dream of mankind. The first manned moon landing 50 years ago was a milestone and is still considered to be an outstanding human achievement.

First and foremost, the mission of the "Apollo 11" was a moon landing with a safe return of the astronauts to Earth. Further objectives were the exploration of the moon and various scientific experiments, as well as the collection of lunar rocks by the crew.

Today, objectives of missions are more diverse, and they continue to pursue fundamental questions of humanity such as Where do we come from? How will we develop? Are there other life forms in the universe? But day-to-day applications such as weather forecasting, environmental analysis, live broadcasts and mobile data processing for a wide range of purposes are also covered alongside scientific topics. The boom has begun, and for a wide range of applications, numerous satellites will be launched in the coming years.

For 30 years Phytron GmbH has been making a significant contribution to precision instruments in a large number of space missions, with its high-precision, robust stepper motors. The first stepper motor for space was developed in 1985 for the "Giotto" spacecraft. To date, more than 1,000 Phytron motors are in orbit. Since 2016, Phytron – based near Munich in Germany - is certified according to DIN EN 9100 for Aerospace.

Phytron motors are required when a mechanism needs to be precisely positioned in within a spacecraft. Drives used for these purposes are very special due to the demanding requirements. For instance, temperature fluctuations of -150 to +250 degrees Celsius must be tolerated – depending on the application and the position of the sun. The materials used are light and radiation resistant. The motors are operated in orbit in extreme vacuum, so that cooling by radiated heat transfer is not possible; high energy efficiency is a prerequisite to avoid overheating.

In many cases, the motors’ application areas are in the motion of telescopes or in the placement of different optics. Telescopes, such as the new James Webb Space Telescope, make it possible to detect chemical constituents in the atmospheres of planets, such as water, as the basis for life forms on planets.

Earth surveillance with the telescope give further extensive information, e.g:
- By observing chlorophyll fluorescence from space the growth of plants on our planet can be monitored to immediately detect damage to vegetation.
- Observations of animal behavioural patterns facilitate the containment of infectious diseases and the implementation of ecological early warning systems for natural disasters such as earthquakes and volcanic eruptions.

The latest successful space project involving Phytron is the landing of the InSight on Mars with the Seismometer Instrument (SEIS) – equipped with three stepper motors to level the instrument on Mars. SEIS was developed in Europe and is the first seismometer on another planet. It can record ground movements of fractions of a thousandth of a millimetre. Thus, signals from the earthquake, meteorite impacts or local surface events can be recorded to answer a range of scientific questions

Since the historic landing on the moon 50 years ago, aerospace has made a huge leap forward. The further changes in space will continue to be significant in the next few years and open up completely new possibilities.

We at Phytron are just a "spoke in the wheel" - but mightily proud of working with our customers on these challenges. We look forward to hearing from you to give further information about our company and our products.

Mclennan works closely with a small number of global motion control manufacturers and with its own inhouse design and manufacturing capability the Hampshire based motion specialist offers complete integrated mechatronics assemblies with customised mechanics, gearheads and other power train components. Motor technologies include brushed and brushless servo motors, stepper motors, small AC motors and complementary gear unit drive technologies together with motion controls for competitively priced multi-axis motion and machine control for use throughout industrial and OEM automated machine applications - contact Mclennnan at sales@mclennan.co.uk or www.mclennan.co.uk.

Christophe Hafhouf has reinforced the Sales Team of Aviationscouts GmbH