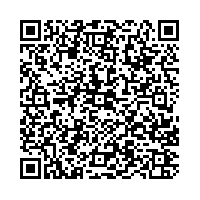 Manz Automation AG, which, together with its subsidiaries, is by market share one of the world's leading technology providers for systems and components for automation, quality assurance and laser process technology for the photovoltaic sector and for automation and wet chemicals for the LCD industry, has entered into a strategic alliance for development with the leading laser manufacturer Rofin-Sinar and the thin-film solar module manufacturer Masdar PV.

The strategic alliance aims to develop a new type of equipment to produce thin-film solar modules. The process Manz developed in the past for laser edge ablation and the new process in the photovoltaic sector to cut glass using a laser are to be integrated in a single line. An innovative machine concept will allow these two successive production processes to be combined in a single line. The strategic alliance partners believe that this will result in high cost savings in production and far-reaching improvements in the quality of the solar modules.

Edge ablation using laser technology allows greatly improved quality compared to mechanical ablation, as well as high cost savings. The ultra-clean laser process does not result in module impurities, compared to the sandblast or grinding previously employed. This means that the following cleaning stage is no longer needed thanks to the use of "clean"
laser technology.
The laser cutting process for glass patented by Rofin and its development partners also offers significant quality improvements compared to the standard grooving and breaking of the substrate. "Laser cutting" means that there is no longer any mechanical damage to the glass edge. This significantly improves the solar modules resistance to breakage. This means lower breakage rates in both production and transport, during installation and also in the later operation of the modules.

Together, the strategic alliance partners each benefit from their respective competences.
As the engineering partner, Manz Automation develops the production system and integrates the laser technology. Rofin-Sinar is responsible for developing the laser cutting technology, which will be used exclusively by Manz in the photovoltaic sector. As a thin-film module manufacturer, Masdar PV contributes its product expertise and will then qualify the system in production as the first customer. After the joint project starts in September 2008, the project is expected to take 12 months until the new machines are market-ready.

Dieter Manz, Manz Automation AG's CEO, is highly positive about the conclusion of the strategic alliance: "The key to success in such an ambitious project is the individual partners'
competence. That is why we are delighted to have found two absolute professionals for Manz that we will work together with." The CEO went on to underscore the importance of the new development: "This innovative machine concept will set us even further apart from the competition, further reinforcing our market position."

"This strategic alliance is a key step in our efforts to be the most technically-advanced thin film PV producer. A 20-year product warranty demands highly precise processing of substrates to yield the most reliable modules. In addition, laser cutting technology will allow Masdar PV to optimize workflows, thus cutting costs and providing an additional edge over our competitors," commented Dr. Rainer Gegenwart, Masdar PV's Managing Director.

With operational headquarters in Plymouth, Michigan, and Hamburg, Germany, ROFINSINAR Technologies Inc. (NASDAQ: RSTI), designs, develops, engineers and manufactures laser sources and laser-based system solutions for a wide range of applications. With production facilities in the US, Germany, UK, Sweden, Finland, Singapore and Japan, ROFIN-SINAR is one of the world's leading designers and manufacturers of industrial lasers and currently has more than 28,000 laser units installed worldwide and serves more than 3,000 customers. In its fiscal year 2007 the company generated revenues of $479.7 million.
ROFIN-SINAR's shares trade on the NASDAQ Global Select Market under the symbol RSTI and are listed in Germany in the "Prime Standard" segment of the Frankfurt Stock Exchange under ISIN US7750431022. Additional information is available on ROFIN-SINAR's home page: http://www.rofin.com.

The Masdar Initiative is Abu Dhabi's multi-faceted, multi-billion dollar investment in the development and commercialization of innovative technologies in renewable, alternative and sustainable energies as well as sustainable design. Masdar PV is part of the Masdar Initiative and focuses on the development, production and commercialization of large scale photovoltaic modules, with initial manufacturing sites in Ichtershausen nearby Erfurt, Germany and Abu Dhabi. Utilizing the latest thin-film photovoltaic technology, Masdar will create one of the world's largest PV companies, with further facilities sited in other regions around the globe.

Reutlingen-based Manz Automation AG (ISIN: DE000A0JQ5U3) is one of the world's leading technology providers in terms of market shares for systems for automation, quality assurance and laser process technology for the photovoltaic industry and for automation and wet chemicals for the LCD industry. The Manz Group's core competences are in robotics, image processing, laser technology, wet chemicals as well as control and drive technology. The Manz Group's key strategic divisions are photovoltaic (systems.solar), LCD (systems.lcd) and OEM systems (systems.aico) for automation in various industrial sectors and the life science industry. The Manz Group has sales and service branches in Germany, Taiwan, the USA, China, South Korea, India and Spain. In addition, the Manz Group has its own production facilities in Germany, Slovakia, Hungary, Taiwan and China. The Manz Group recorded revenues of € 71.2 million in fiscal year 2007 with an EBIT margin of 14.1%. More than 57% of revenues were generated abroad, in particular in Asia. The Manz Group recorded revenues of € 101.6 million and an EBIT margin of 11.8% in the first half of fiscal year 2008.