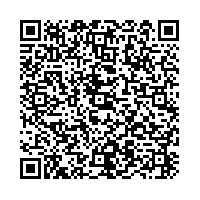 Manz Automation AG, one of the world's leading providers of technology for the photovoltaic and LCD industries has increased its involvement in the industrial production of Li-ion batteries. These batteries are mostly used in electrical and hybrid vehicles, which are attractive future markets. Experts believe that the market volume for large-format Li-ion batteries will total more than EUR 10 billion in 2015 and that there will be an additional market of EUR 4 billion for battery materials. The first major automotive suppliers have already started to produce this new, high-performance engine technology. Mercedes-Benz is forecasting annual demand for around 40,000 batteries and battery modules in 2012. According to forecasts, this figure will more than triple through to 2015.

In January 2009, Manz Automation succeeded in acquiring an initial order for machines to produce Li-ion batteries with a volume of EUR 2 million. As a result of the successful cooperation with Li-Tec Battery GmbH, in which strategic partners such as Evonik Industries AG and Daimler AG hold participating interests, Manz Automation will now also become an industrial partner in the innovation alliance "Production research for high-performance Li-ion batteries for electrical mobility". Participation in this strategic industrial alliance gives Manz Automation an excellent starting position to be able to also become established as a long-term leading system supplier on this dynamic, high-growth market.

The research project aims to research new production technology and to migrate this to the requirements of large-scale series production. The electrical mobility markets depend on the industrial production of Li-ion cells, batteries and battery assemblies of a constant high quality, and the creation of a sustained secure supply. Both new, industrial production technologies as well as automation solutions will be driven as part of the project, and solutions for system integration and production workflow planning will be developed at battery manufacturers. As an industrial partner in the research project, Manz Automation will contribute its expertise to a series of production stages that are to be developed. As part of the innovation alliance, Manz is an expert, in particular, in developing solutions to create the cell stack in a Li-ion battery through to testing the finished cells. In this connection, Manz Automation will receive an order totaling around EUR 6.3 million for the development services to be provided. At the same time, the Reutlingen-based company is responsible for automation solutions in production.

Dieter Manz, Manz Automation's CEO, described the strategic potential the new technology offers: "Researching technologies for the production of Li-ion batteries will allow us to penetrate a highly attractive, high-growth market as the technology leader. The significant size of the market for this technology means that we have created the foundations for establishing a further, durable key sphere of activities in our company in addition to the LCD and solar industries. Together with our top-quality partners in this innovation alliance, we will create excellent access to the market - and we will reap long-term benefits."

Reutlingen-based Manz Automation AG (ISIN: DE000A0JQ5U3) is one of the world's leading technology providers in terms of market shares for systems for automation, quality assurance and laser process technology for the photovoltaic industry and for automation and wet chemicals for the LCD industry. The Manz Group's core competences are in robotics, image processing, laser technology, wet chemicals as well as control and drive technology. The Manz Group's key strategic divisions are photovoltaic (systems.solar), LCD (systems.lcd) and OEM systems (systems.aico) for automation in various industrial sectors and the life science industry. The Manz Group has sales and service branches in Germany, Taiwan, the USA, China, South Korea, India and Spain. In addition, the Manz Group has its own production facilities in Germany, Slovakia, Hungary, Taiwan and China. The Manz Group recorded revenues of € 236.5 million and an EBIT margin of 12.1% in fiscal year 2008. In the first three months of fiscal year 2009 the Manz Group recorded revenues of € 16.49 million.