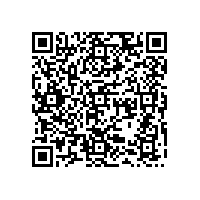 Subscribe to news
(PresseBox) ( Reutlingen/Hohenstein-Ernstthal, 09-01-19 )
Manz Automation AG and Roth & Rau AG plan to intensify their existing business relationship and to work together in future in the form of a cooperation in key areas. The two companies, both of which are listed in the TecDAX index, today reached basic agreement concerning the conclusion of a corresponding framework agreement. This is currently being drafted and should be signed in the near future. In particular, the companies aim to step up their cooperation in the field of turnkey production lines used to manufacture crystalline silicon solar cells. By pooling the specific services and products offered by the respective partners for the production lines, it should be possible in the medium term for the cooperation partners to cover all process stages, thus enabling them to offer customers an optimally harmonised equipment and technology package. The partners to the cooperation will therefore be able to offer a new concept in the market for turnkey production lines, thus enabling cost benefits to be exploited and further growth potential to be tapped.

Explanations of the Issuer:

In the medium term, the two companies are planning the market launch of a new generation of turnkey production lines. These are intended to facilitate the production of crystalline silicon solar cells with significantly higher efficiency levels, thus providing solar cell manufacturers with considerable cost savings potential. The research and development teams at the two companies will work closely together for this purpose. Technological support will be provided by the renowned Solar Research Institute at the University of New South Wales, with which Roth & Rau AG already signed a corresponding memorandum of understanding in December 2008.

Dieter Manz, CEO of Manz Automation AG, commented that "the cooperation represents a strategically important milestone. By pooling our competencies in the development of production lines for crystalline silicon solar cells, we are aligning ourselves even more closely to the needs of our customers, who have to do justice to market requirements and find ways of effectively countering increasing pressure on costs." Together, the two companies have 19 sales and service locations worldwide. The cooperation will enable even more extensive customer service and shorter reaction times to be offered in future. "The cooperation will allow us to significantly improve the performance capacity and efficiency of our production lines for the manufacture of crystalline solar cells," added Dieter Manz. "We believe that this will enable us to jointly access additional customer groups and thus to exploit sustainable growth potential for both companies."

Dr. Dietmar Roth, CEO of Roth & Rau AG, is convinced by the potential harboured by the cooperation. "By cooperating with Manz Automation, we will in future be able to cover the entire production process involved in manufacturing crystalline silicon solar cells with products offered by the two partners. The expected synergy effects and optimised liaison processes, especially in the fields of research and development, sales and service, will enable us to offer our customers even more efficient and cost-effective solutions in future."

Manz Automation AG is to supply quality assurance for the lines. Not only that, Manz Automation AG will further develop and produce key components for the entire backend of the lines. These particularly include the newly developed metallisation process, as well as laser edge isolation and high-speed cell testers.

Within the framework of the joint turnkey projects, Roth & Rau AG will focus in terms of the technology involved on front-end processes and will contribute diffusion and antireflective coating equipment. Moreover, the company will also supply enamelling furnaces and software for the management of the entire production lines. Furthermore, Roth & Rau is to play a leading role in the field of cell technology transfer. For this purpose, the company is currently enhancing the application group used at customers on location to accompany the start-up of the production lines.

Roth & Rau AG based in Hohenstein-Ernstthal (ISIN DE000A0JCZ51) is by market share one of the world's leading suppliers of plasma process systems for the photovoltaics industry. Furthermore Roth & Rau supplies components and process systems based on plasma and ion beam technology for other sectors. Developed by Roth & Rau, these products are manufactured and distributed worldwide through the company's photovoltaic and plasma and ion beam technology divisions. Roth & Rau's photovoltaic division focuses on providing antireflective coating facilities as well as fully automated manufacturing lines (turnkey production lines) for the production of crystalline silicon solar cells. Another focus is on the production of equipment for the coating of thin film solar modules. The plasma and ion beam technology division, which accounted for 6 percent of total sales in the 2007 financial year, produces plasma sources and ion beam sources as well as process systems for plasma and ion beam enhanced thin film and surface processing methods. Customers served by this division include, in particular, companies in the semiconductor and automotive industries, R&D departments in various industries including photovoltaics as well as research institutes and universities. Roth & Rau AG posted sales of EUR 146 million and EBIT of EUR 14 million pursuant to IFRS for the 2007 financial year and had an average of 190 employees. Sales in the first nine months of the year amounted to EUR 197 million, with EBIT coming in at EUR 21 million.

Reutlingen-based Manz Automation AG (ISIN: DE000A0JQ5U3) is one of the world.s leading technology providers in terms of market shares for systems for automation, quality assurance and laser process technology for the photovoltaic industry and for automation and wet chemicals for the LCD industry. The Manz Group's core competences are in robotics, image processing, laser technology, wet chemicals as well as control and drive technology. The Manz Group's key strategic divisions are photovoltaic (systems.solar), LCD (systems.lcd) and OEM systems (systems.aico) for automation in various industrial sectors and the life science industry. The Manz Group has sales and service branches in Germany, Taiwan, the USA, China, South Korea, India and Spain. In addition, the Manz Group has its own production facilities in Germany, Slovakia, Hungary, Taiwan and China. The Manz Group recorded revenues of € 71.2 million in fiscal year 2007 with an EBIT margin of 14.1%. More than 57% of revenues were generated abroad, in particular in Asia. The Manz Group recorded revenues of € 159.1 million and an EBIT margin of 11.8% in the first nine months of fiscal year 2008.