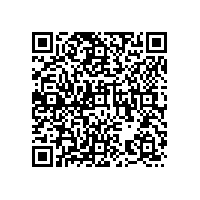 Manz AG publishes report on the first six months of 2015

Subscribe to news
(PresseBox) ( Reutlingen, 15-08-11 )
.
- Revenue trend in the first six months of 2015 critically affected by order cancellation and delays of orders
- Significantly improved EBITDA in the second quarter of 2015 in comparison with the first quarter
- Positive signals in all business segments give cause to expect a better second six months

Manz AG, one of the world's leading high-tech equipment manufacturers with an extensive technology portfolio covering the three strategic business segments of "Electronics", "Solar" and "Energy Storage," is publishing its financial report for the first six months of 2015 today. Delays in incoming orders and an order cancellation and its effect on expected follow-on orders placed high demands on the entrepreneurial flexibility of Manz AG. The revenues and earnings of the first six months were critically affected by these factors, even though it was possible to partially offset their effects thanks to the company's diversified business model with respect to technologies, markets and regions. In the short time available, however, an adequate adjustment of the cost base was not completely possible, so that the total result for the period was burdened accordingly.

After the first quarter of 2015 had been critically characterized by the volatility and cyclical development of the growth markets of Manz AG, business again picked up speed in the second quarter of 2015. However, due to the order cancellation at the end of June in the amount of approximately EUR 12 million in the Electronics segment and the follow-up orders in the high double-digit million euro range as well as order delays in the Energy Storage segment, the second quarter of 2015 lagged behind the very positive second quarter of the previous year. Consequently, revenues of EUR 121.9 million during the first six months of 2015 were below the comparable value of the prior year (EUR 163.6 million).

Dieter Manz, CEO and founder of Manz AG comments: "The revenue trend in the first six months fell short of our expectations due to customer decisions beyond our control. The positive signals in all three business segments as well as the solid orders on hand amounting to approximately EUR 100 million, however, provide an excellent basis for improved performance in the second six months. Specifically in view of the current vibrancy in the Energy Storage segment and the significant potential in our target industries of electronics and solar, I am convinced of the success of our business model."

In order to be able to systematically take advantage of the opportunities of this very dynamic growth markets, Manz AG has undertaken important strategic steps in the form of diversification in technologies, markets and regions at an early stage. To further reduce dependence on major customers and the volatile market development, the company will also continue to pursue this strategy. Future investments associated with this such as increased personnel costs as a result of intensified sales activities and the successful integration of Manz Italy and KLEO Halbleitertechnik GmbH, in the opinion of the Managing Board will pay off in the future. Earnings before interest, taxes, depreciation and amortization (EBITDA) in the first six months of 2015 were EUR -6.7 million (previous year: EUR 13.2 million), of which EUR -6.4 million was attributable to the first quarter. Earnings before interest and taxes (EBIT) came to EUR -12.9 million, following EUR 1.2 million in the first six months of 2014.

In view of the restrained performance in the first six months of 2015 and positive signals for the second six months, the Managing Board of Manz AG expects moderately lower revenues in comparison with the previous year and an improved, but prospectively negative EBIT.

The company, led by founder Dieter Manz and listed on the stock exchange in Germany since 2006, currently develops and produces in Germany, China, Taiwan, Slovakia, Hungary and Italy. It also has sales and service branches in the USA and India. At the beginning of the year 2015, Manz AG had approximately 2,000 employees, around half of which are employed in Asia. With its claim "passion for efficiency," Manz gives its clients, who are active in dynamic industries of the future, its performance promise: to provide production equipment with the highest level of efficiency and innovation. Thanks to its extensive expertise in the development of new production technologies and the required equipment, Manz AG contributes substantially to lowering the production costs of end products and making them available to large buyer groups worldwide.