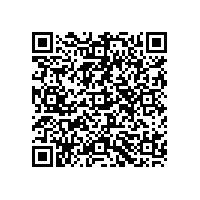 Manz AG, one of the world's leading high-tech engineering companies with an extensive technology portfolio in its three strategic divisions "Display", "Solar" and "Battery", has today published its 2012 annual report. Following differing and partially contrary trends in its individual divisions, the management takes an optimistic view on the 2013 financial year thanks to its current order backlog of around EUR 128 million. The Managing Board expects double-digit revenue growth in the current financial year, and a positive result before interests and tax.

Dieter Manz, CEO and founder of Manz AG, summarises the previous financial year as follows: "We have continued on our dynamic growth path in our Display and Battery divisions due to further increasing demand on the end-customer market and industry's correspondingly high degree of willingness to invest in new production equipment. Both divisions recorded significant growth rates, achieving records in both revenue and earnings in the past financial year. Our Solar division registered a sharp drop in revenues due to the remained difficult situation in the solar sector, although this was partially compensated by the positive trend in other divisions. Despite reporting a decrease in overall revenues, our extensive technological portfolio, our company's strategically diversified orientation and our cross-sector technology transfer have proved successful and correct."

The company reported EUR 184.1 million of total revenues in the financial year elapsed, compared with EUR 240.5 million in the previous year. In terms of divisions, with EUR 111.3 million the largest share of revenues was attributable to the Display division (previous year: EUR 98.5 million), representing 12.9% year-on-year growth. Manz achieved revenues of EUR 14.5 million through the sale of lithium-ion battery production equipment, a 52.7% increase compared with the previous year's EUR 9.5 million. Only EUR 16.4 million was still attributable to the Solar division (previous year: EUR 72.6 million), representing 8.9% of total revenues.

Existing capacities could not be fully utilised due to the significant drop in revenues in the Solar division, resulting in negative earnings before interests and tax (EBIT) of EUR -30.7 million (previous year: EUR 3.1 million). This result was sharply impacted by one-off extraordinary effects of around EUR 17 million, which arose almost exclusively from the crystalline photovoltaic area. These charges arise primarily from devaluation of machineries in stock, capitalized development services as well as bad debt losses from Chinese customers. After taking into account the financial result, the company generated pre-tax earnings (EBT) of EUR -32.4 million (previous year: EUR 2.2 million). The consolidated net profit amounted to EUR -33.5 million (previous year: net profit of EUR 1.2 million), representing earnings per share of EUR -7.51 (previous year: EUR 0.19).

By contrast the operating cash flow reported a positive trend since most of the special effects were not cash-effective and due to stock reductions the cash flow from operating activities was at EUR 20.5 million (previous year: EUR -17.4 million). Manz AG continues to enjoy a solid liquidity position and a 52.6% equity ratio that is comparatively high in its sector.

For the 2013 financial year, the Managing Board again identifies significant opportunities to boost the company's revenue and earnings strength. Martin Hipp, Manz AG's CFO, commented as follows: "We anticipate that revenue will grow in a double-digit percentage range accompanied by positive EBIT due to the very positive aspects in the displays area as well as the market for electric vehicles and stationary electricity storage, the resulting continued stable growth of our Display and Battery segments, and our current order backlog of around EUR 128 million. In addition initial indications of slight recovery in the photovoltaic market confirm us in this assumption, although uncertainties still exist concerning the future development. Overall, however, we regard ourselves as excellently positioned to consistently exploit the opportunities on offer to us in all our divisions in 2013."

The full 2012 annual report can be downloaded from the company's website at www.manz.com within the "Investor Relations" area.